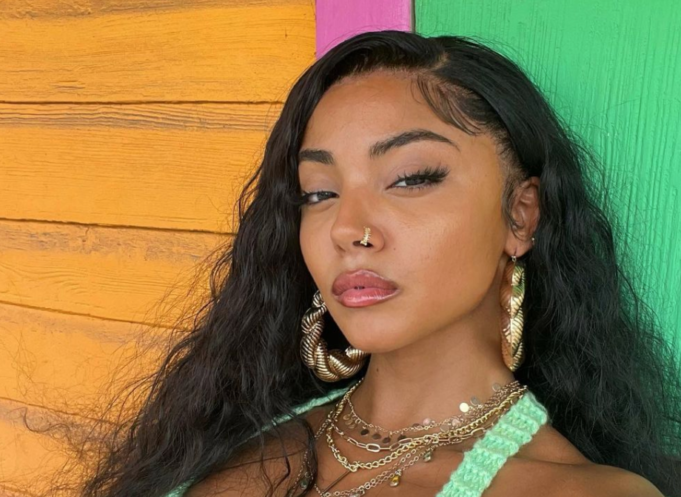 She is undoubtedly one of the most popular French artists. By revealing its title “Anissa” in 2020, the young Wejdene certainly did not expect to do so much buzz and rise to the top of the music charts. The titles follow “Coconut” and ” I wait “ who will also experience great success. If Wejdene is rather discreet, she is still regularly talked about. Just see the controversy of the clip of its title ” The best “ or even the mystery around his real age to understand it.

Once again, the young woman made the buzz on social networks. As you can see in the video above from the @wejdene_actu Twitter account, the artist appeared on what appears to be a music video shoot. We see her strolling in front of the camera in the aisles of a supermarket in Guadeloupe before taking a drink and retracing her steps. If we know very little about this sequence in particular, it was however quick to react to fans of Wejdene.

If many Internet users are visibly delighted to see that the young singer is back at work, others have shown themselves to be much more perplexed, even going so far as to clash with Wejdene: “She knows there’s no need to go that far to film herself in a can aisle? », “She has scoliosis or what?” There’s no need to arch like this”, “She has grown a little”, “The twisted back for the swag” could we read in particular among the comments. It remains to be seen whether the principal concerned will decide whether or not to ignore them.