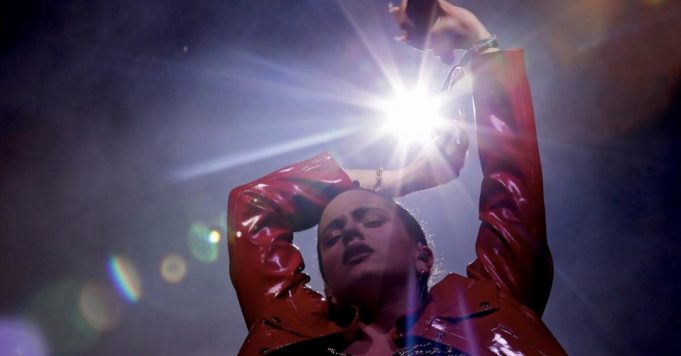 The second and last day of the We Love Green 2019 festival has kept its promises. We tell you everything!

After an eventful first day with Booba, Christine and The Queens and Aya Nakamura, we were looking forward to going back to the Bois de Vincennes for this second and last day of the festival. The sun was obviously there, as were the good performances. As for the previous day, our goal was to discover new talents, and we are frankly not disappointed with our initiative. We started this day in La Prairie where Altin gün, a Turkish and Dutch group that opened the festivities with their psychedelic rock. We then went to La Canopée, already full, for the start of the day. Which was not very surprising knowing that it is the Australians of Pond who were to play there. Group sharing members with Tame Impala (the headliner of the festival), the old school psychedelic rock aficionados were therefore there to live this incredible moment.

Direction La Clairière where another Australian who is causing a sensation at the moment, especially in the United Kingdom, is passing by. It is Courtney Barnett who bewitched Parisians with his uninhibited rock. Back to La Canopée for Lolo Zouaï that we presented to you in our article Francophone artists to follow very closely this year. This Franco-American singer with Algerian origins has just given a tour for her first sold-out album in the United States. A small nugget to discover now if you don’t know it yet.

We then headed to La Prairie where the American Kali Uchis has occurred. Red latex corset and white shirt, the singer gave a performance as caliente as her last album Isolation. On the way to La Clairière, we see a bit of the live from Tierra whack who is for us the next future star of American hip-hop. But hey, we hurry a little because it is time for the editorial staff to attend the performance of Rosalía. We’ve been talking about her for months on our musical meeting of emerging talents #Soundcheck. We Love Green did not measure the success of the young Spanish girl since the tent where she has to perform is packed. Flamenco, hip-hop, and hits galore: Rosalía was really one of our highlights of this edition.

We then find ourselves at the main internship (La Prairie) where Vald is in the middle of a French rap demonstration. Pogos with all goes and rather funny declarations on the environment, this one took a lot of pleasure during its service and it was seen. He even sang an exclusive piece produced by Vladimir Cauchemar (spoiler alert: it’s a slaughter). Then it’s the turn ofErykah Badu to appear on stage despite his delay. The soul legend blessed the crowd with his energy and good vibes. During this time, Future was at La Clairière to give one of the most impactful lives of the festival. There is no saying, the American rapper has a sharp and poignant flow.

Dilemma of the day: Hamza at La Canopée or Tame Impala in La Prairie? We had the chance to watch a small piece of Hamza “thanks” to the delay accumulated by the main stage. So we had a rap and rock-psyche evening for our greatest pleasure. Suffice to say that the Australians of Tame Impala did not do things by half for the closing of the festival: confetti galore, lasers and tubes more cult than the others, it was without a doubt THE concert of the event.

This second edition of We Love Green 2019 was without a doubt a real success. According to melty, the festival becomes one of the Parisian events not to be missed by its programming and the importance of its message. Ecology is at the heart of We Love Green and the passion of the teams for this is felt. This edition will have marked the spirits, by the discovery of new artists and the generosity of all the people met during the festival. There’s no shadow of a doubt when we’re already meeting you next year for We Love Green 2020.