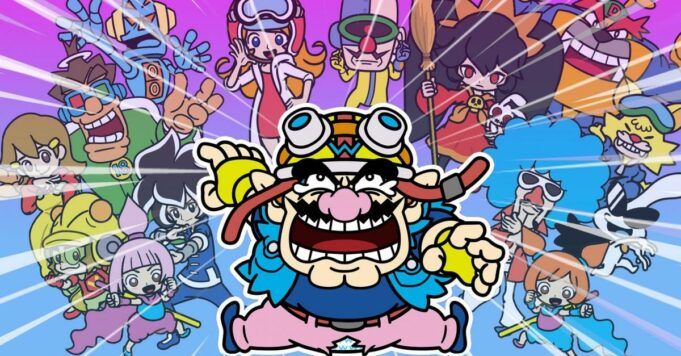 Wario is recovering the tip of his nose after several years of notable absences, by offering his title specializing in the compilation of mini-games. The opportunity to demonstrate all the extraordinary features of the Switch and these Joy-Con? Nothing is less certain.

If he has a character that allows Nintendo to break your own conventions is downright Wario, a real evil parody of the nice plumber in the red cap. His taste for garlic, money and poo-prout jokes always hit the mark. The WarioWare series always represents a compilation of mini-games that follow one another at breakneck speed, on which you need to have sharp reflexes. Also funny to be creative, the series also makes it possible to exploit innovative ideas and features specific to Nintendo consoles. We will all remember WarioWare Touched! on Nintendo DS, which has been one of the handheld console’s most successful games, thanks to its brilliant use of its touchscreen. Suffice to say, our expectations about this WarioWare Get it Together! were high.

Usually in WarioWare, the player does not play a character, but rather acts directly in the mini-games. This time, the way to act will be through the characters of the license, who will be present on the screen.. We’re not going to hide it, it’s rather confusing. We move the characters like a platform game, but in the mini-games. This tends to make mini-games a little less intuitive, with a longer response time than if we could directly act, like WarioWare Touched! and the DS touchscreen. This new gameplay still brings good ideas, such as the possibility of playing many characters from the universe WarioWare, all with different abilities. Thus, some will be more suitable than others on the various mini-games offered.

Speaking of mini-games, there are 222 of them, which is rather respectable.. Yes, but only, we will blame them too much similarity in the way of playing, this due to the new gameplay brought by Get it Together!. Yes the characters play out differently, but the level structure is often too similar. The story mode of the game consists, as always, of several groupings of mini-games, dispatched between several characters. Luckily, Wario’s absurd humor and poo pee will still get us some laughs and smiles during said story., especially when playing it with 2 players. We will also note a slightly larger number of modes offered, in particular an online mode which allows to complete challenges on a weekly basis, by comparing our performances to the whole world.

A WarioWare that is not really

Nintendo wanting a game that would be playable on any type of Switch without constraints, Get it Together! lost the essence of what the WarioWare license was. Indeed, WarioWare games are characterized by the creativity of its mini-games, but also by its way of exploiting the new features of the Nintendo consoles on which these titles are developed. However, there were things to exploit, touch screen, HD vibrations, NFC zone, accelerometer, gyroscope (and therefore motion recognition), infrared camera… We cannot say that the possibilities were lacking. After the very bad 1-2 Switch, WarioWare was for us the hope to finally see all that the Joy-Con had in the belly. You will understand, this is unfortunately not the case here, Nintendo instead favoring the possibility for Nintendo Lite players to play a WarioWare Get it Together! in halftone.

WarioWare Get it Together! is a nice game, but not really a good WarioWare by itself. It will take about an evening to complete the story mode and test all the games of the “Various Modes”, an effort made to extend the usual lifespan of the games in the series. His lack of creativity means that Get it Together! won’t be a memorable license title, too bad. If you want to make your own opinion on the title, the game demo is available on the Nintendo eShop.