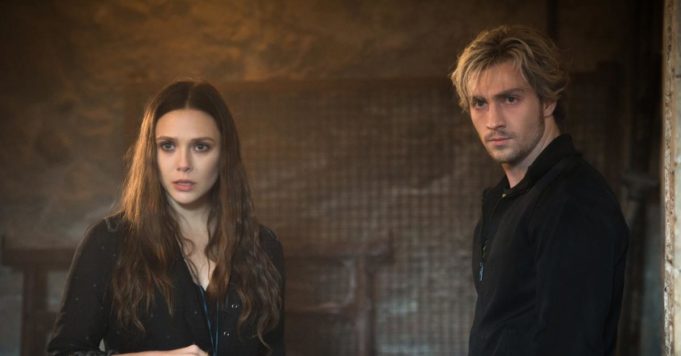 The crazy superhero sitcom that WandaVision will be promising us many surprises, starting with an eventful dinner!

As far as the MCU is concerned, rumors almost always have some truth. Some time ago, we assumed that Wonder Man might be connected to Vision in Phase 4, and if we believe the Murphy’s Multiverse site, this will indeed be the case in the Marvel series WandaVision ! And it won’t be the only unexpected character to make his screen debut, since Agatha Harkness and Bova Ayrshire will also be there. According to journalists’ sources, the couple formed by the Red Witch (Elizabeth Olsen) and her companion will organize in the first episode a dinner to which the above superheroes will be invited, as well as Quicksilver! The vigilante’s deceased brother, played by Aaron Taylor-Johnson, should therefore indeed return despite his death in Age of Ultron.

Murphy said on his site that “one of the first episodes of WandaVision (I think it will be episode 1) will see Wanda organize a dinner“. This meal refers to a passage from a recently published comic, and more particularly to Vision # 7, released in 2015. On page 11, you can find out Wanda, Vision, Agatha Harkness, Wonder Man, Quicksilver, Bova Ayrshire and the Bolide sitting at the table, toasting to the health of the couple. According to the investigator, “he certainly doesn’t count on them [Marvel Studios] to have the same skewer of guests, but you can bet Agatha Harkness will be there“The latter is the great witch of New Salem, the governess of the son of Red and Jane Richards of the Fantastic 4 and Wanda’s mentor in the field of magic. His presence at dinner, as well as that of Quicksilver, indicate that Scarlet Witch could already be in the MCU multiverse with WandaVision !