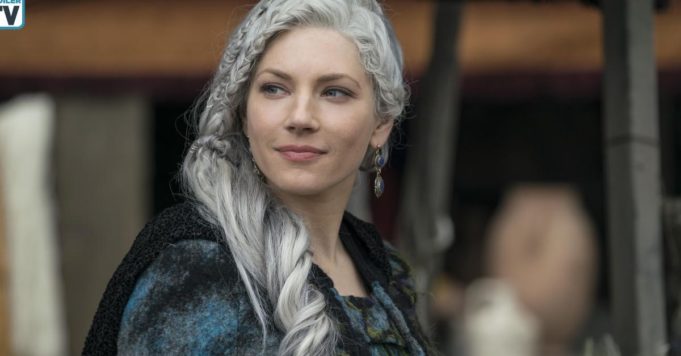 Vikings season 6 will end without Lagertha, but why?

The wait continues and after we have wondered if this horrible flaw of Bjorn will be corrected in the final episodes of season 6 of Vikings, we are now interested in his mother. The famous Lagertha died in season 6, killed by Hvitserk in full delirium even though she had survived many life-threatening situations. Drunk, drugged and in the midst of a hallucination that made her see Lagertha as some kind of demonic serpent, Hvitserk killed her before she could join Bjorn and the others to help her heal her wounds. But do we really know why Lagertha died?

The most obvious – and therefore the most likely – answer is that Vikings Season 6 needed to fulfill the Seer’s prophecy. The latter announced to Lagertha a long time ago, in season 4, that it was indeed at the hands of one of Ragnar’s sons that she was going to die after Lagertha asked him the question, and unfortunately that is what happened. Even though Ivar was under suspicion for a while, it was ultimately Hvitserk who inherited this role of assassin. Despite the popularity of her character and the talent of Katheryn Winnick, Lagertha didn’t have a single chance to survive.

So we knew since season 4 of Vikings and this crucial exchange with the Seer that Lagertha’s fate was sealed, but it is clear that her death remained surprising, not least because of the identity of her killer. In a duel, Lagertha would have made short work of Hvitserk who attacked her when she was already weakened. Although inevitable, the scene of his death was therefore more than difficult to accept, especially since the series could have waited to have further advanced in season 6 before killing one of its main characters. But what’s done is done, and so it’s without Lagertha – and possibly without Bjorn – that the series will end.