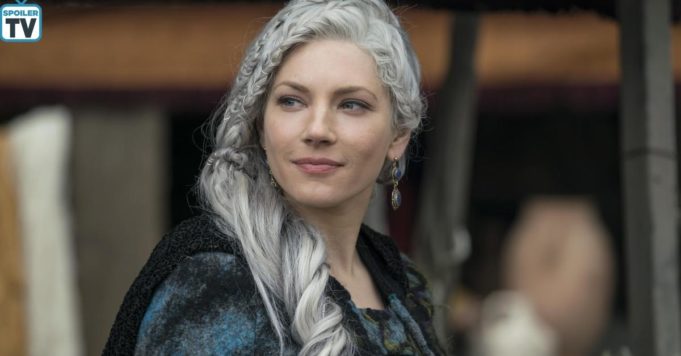 While waiting for the rest of season 6 of Vikings, Katheryn Winnick makes some revelations.

The wait is still as long until the end of season 6 of Vikings and while we wait until its broadcast on History, we offer you today to be interested in a character who will unfortunately not gone. The legendary character of Katheryn Winnick, Lagertha, died in the first part of the season after going through terrible ordeals. And it’s not the actress who will say the opposite since Katheryn Winnick took advantage of questions from fans on Instagram to reflect on her worst memory of filming and clearly when you know his answer, difficult not to sympathize.

“In one of the worst scenes I had to film, I had to swim in ice water with armor that weighed tons”. But the scene of the death of Lagertha in season 6 of Vikings will surely remain the worst, not only physically but also emotionally. “I was frozen and lying on the cold ground with nothing underneath, crawling for super long. When the scene was over, everyone wanted to cheer because it was my last scene, but I just wanted to be hot”. A scene as heartbreaking for the actress as for the fans that we will not forget, but which shows that until her last moments Lagertha (just like Katheryn Winnick) remained a warrior.