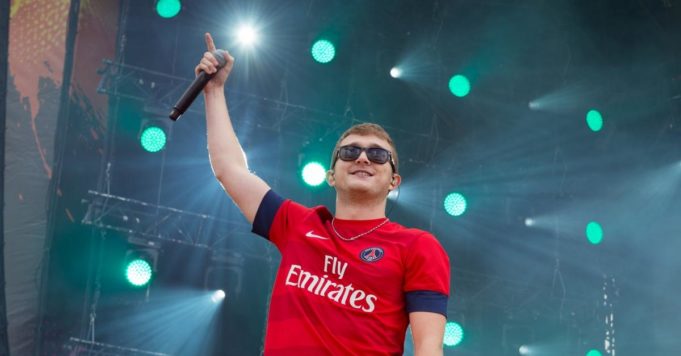 After traveling the world promoting his latest album between Dubai, Tokyo and New York, Vald was at the AccorHotels Arena in Paris to launch his tour This tour is cruel …

Vald, originally from Aulnay-sous-Bois, was at home in front of a full AccorHotels Arena and a mad crowd to launch hostilities on his tour. A few days after having unveiled the clip for the song “Ignorant”, the rapper came to deliver an exceptional show with a master’s hand from start to finish. A tour that promises to be really “cruel” for this prodigy of the scene who has managed over time to make an impression with his rap egotrip style. After a first part directed by Heuss l’Enfoiré, it is no less than a dozen artists who accompanied Vald on stage!

The first connection arrives from 93 with Maes and the title “A.S.B” closely followed by Damso, Lefa with the single “Bitch” and Vladimir Nightmare. Barely time to breathe, the scene is stormed by other big names in French rap : SCH for the feat “Last withdrawal”, Lorenzo, Orelsan & Gringe or even Seezy. you will understand, if you were looking for French rap, it was at Vald’s concert that it was happening. Throughout his concert, he took us on his ship en route to the resistance, towards the planet Agartha. A story that takes its source from a poorly recycled can that symbolizes the cruelty of this world

A lively journey of 2 hours punctuated by the melodies of the artist and his guests but slowed down by the bad intentions of a certain “Lezardman” and his troop of “Felons”. A cruel world ruled by reptilians in human form that must be avoided by creating the last bastion of resistance. At the end of the trip, after joining Agartha and defeating “Lézardman” Vald gratifies us and finished this concert in style with its title “Out of tune” and an incredible show. As for his last album, we feel that the rapper took the time to stage this tour. The rest will be on the stage of all the Zeniths in France. Are we there?