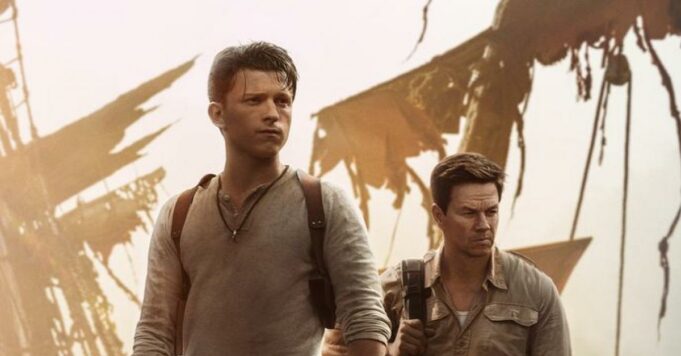 Tomorrow, Wednesday February 16, the film Uncharted will be showing at the cinema. A film eagerly awaited by fans of Mark Wahlberg and Tom Holland who is also in the cast of Spider-Man: No Way Home ! Adapted from the famous video game, Uncharted tells the story of Nathan and Sully, a thief and a treasure hunter, who go in search of a fortune that has been missing for 500 years and amounts to 5 billion dollars! If in appearance, it seems simple, Nathan and Sully will face some difficulties during their world tour. An action film with a 5-star cast that is already making a lot of noise on the net…

If the public has not yet had the opportunity to see Uncharted, this is not the case with film reviews. On the site Metacritic, the film obtained a score of 42/100. There are journalists who found the film funny, while others regret that it is so far from the original story of the game. Opinions which are also divided on ComicBook.com. On Geekly Goodsa journalist talks about a good duo between Tom Holland and Mark Wahlberg. But he regrets “the awful editing of the villains, the secondary characters which are dull and the special effects rather bad”. Opinions are therefore divided!

On the set of Spider-Man: No Way HomeTom Holland told Zendaya about a stunt he did for Uncharted. And the young actress found it a bit ridiculous! Asked about Virgin Radio UKTom Holland explained: “I said to her, ‘There’s this stunt I did where I’m falling out of a plane. And I get hit by a car falling out of the plane.’ She said to me, ‘Wait, What? How the hell is that possible? This movie looks ridiculous!’ And I said to him: ‘You have to wait and see the film. It makes sense when you see the film, but when I explain it to you, it makes no sense!’ So did Zendaya finally find Uncharted ridiculous after seeing it? It’s a great mystery!