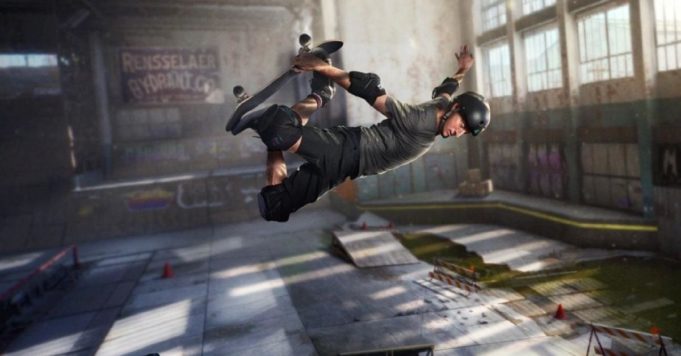 We come back to the videos that marked the news of the week on the video game side, with a lot of trailers for imminent releases or games already released. The opportunity to keep up with everything that may have happened over the past 7 days.

A trailer that sends for the launch

Anyone who owned a playstation console in the 90s / 2000s must have a nostalgic little sigh when they think back to Tony Hawk’s Pro Skater license.. So obviously, it’s a move of genius to bring out the first two games of the license in remastered mode. Enough to dive back into your teenage years with improved graphics, and this trailer allows you to get a good idea of ​​all the emotions that you will feel when relaunching these two cult skate games.

A different take on Battle Royale

Spellbreak takes over the Battle Royale system, but brings it a real breath of fresh air. Rather than playing a character in the first person with 8 different guns, here we have to be the survivor among a whole bunch of magicians, in the third person. The goal is simple: nab spells across the map, improve your equipment a bit like in an RPG, then attack your enemies in frenzied action games. A very original game that contrasts sharply with what the competition offers in the field of Battle Royale, and it is not to displease us!

Shovel Knight is one of those rare indie game characters to have made a (quick) appearance in Super Smash Bros Ultimate. So inevitably, to be put aside too much, all these characters yet emblematic of an era have decided to make their own Smash Bros! It’s called Bounty Battle, and the principle is similar to Nintendo’s license: it’s a brawler, except that this time, we can play characters from independent games like Dead Cells, Axiom Verge, Guacamelee! or even Darkest Dungeon. A game that will arrive on September 10

The big eshop releases during the month of August

We always tend to say that few games are released during the summer. In a simple video, Nintendo was able to demonstrate that this adage is not necessarily true: during the month of August, the eshop saw the arrival of a whole bunch of quality games, which benefit from the light here: the enchanting Spiritfarer, the enigmatic Raji, the restful A Short Hike, the strategic Faeria, the mysterious Evergate … all these great games have been available on Nintendo Switch since august, and show that there is something to have fun, even in summer!