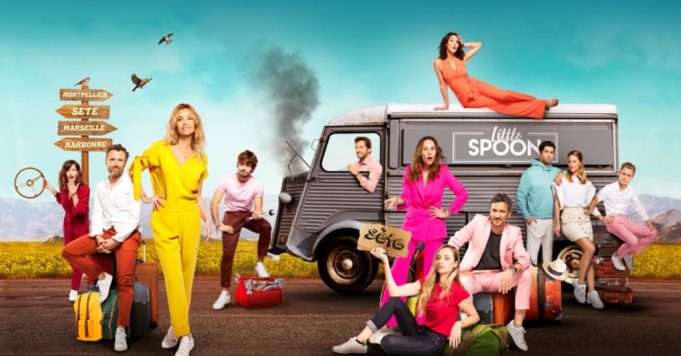 The new Here Everything Begins series will be introduced in Tomorrow belongs to us.

In the next episodes of Tomorrow belongs to us, Alex will be accused of the murder of Jacques, his “false” father. This plot should punctuate our coming weeks and promises to be once again rich in twists and turns. Faced with the success of the daily series, TF1 has also decided to create a spin-off that will arrive on our screens in the fall. Aired just before Tomorrow belongs to us, Here it all begins will highlight the life of a gastronomy school. As reported AlloCine, the new series will be introduced from September 28, since Auguste Armand, “a great charismatic chef” played by Francis Huster, will make an appearance in Sète. His arrival will be followed by the characters of Enzo, Salomé, and Anaïs, played by Azize Diabate (The Red Bracelets), Aurélie Pons, and Julie Sassoust (More beautiful life).

AlloCiné also reveals that the chef Auguste Armand will try to get closer to Rose when he arrives from Tomorrow belongs to us, which will surely explain the migration of his character (as well as that of Antoine) in the spin-off Here it all begins. As for that of Maxime, who will also be one of the main roles of the new series, he should undoubtedly join the gastronomy school after his few cooking tests at the food truck of Bart and Gabin. You would have understood it, Here it all begins and Tomorrow belongs to us will be two closely related series and it’s a safe bet that the characters of each show make appearances in both creations of TF1. While waiting to discover more, here is the detail that you missed on the plot around Chemsa and Karim in Tomorrow belongs to us.