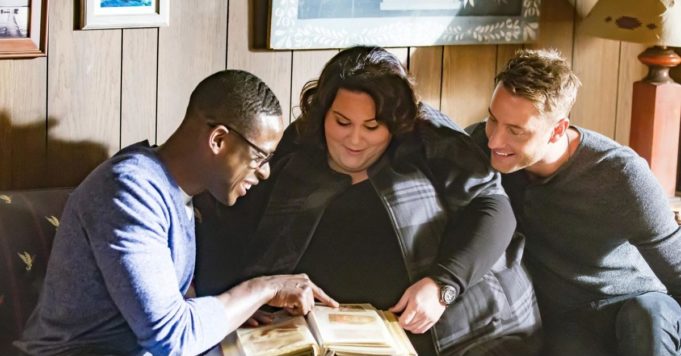 While waiting for season 5 of This is Us, the Big 3 virtually celebrated their birthday and wished each other their 40 years!

The return of the Big Three and the Pearson family is eagerly awaited by all fans of This is Us. The Season Finale of season 4 ended with many twists … Rebecca’s state of health had seriously deteriorated and the Big Three seemed to bid her farewell. Additionally, we found out that Kevin had married but the identity of his wife is still a mystery. In addition, the tensions between Kevin, Rendall and Kate will be terrible in the next episodes. As a flashforward had teased us, the Big Three shouldn’t be celebrating their 40th birthday together … Kate and Kevin were reunited in the family cabin, without Rendall. While waiting for the return of season 5 of This is Us, the actors virtually celebrated this event.

Monday August 31st marked the 40th anniversary of the Big Three – aka Randall, Kate and Kevin Pearson in This is Us. The annual event was the focus of the series premiere and has been referenced in some way towards the start of each season since. Ahead of the two-hour Season 5 premiere scheduled for Tuesday, November 10, the actors who play Jack and Rebecca’s children celebrated their characters’ big day with a cake and a bit of singing, all shared in one adorable video. . In the cute clip, Sterling K. Brown, Chrissy Metz and Justin Hartley are joined by Niles Fitch, Mackenzie Hancsicsak, Hannah Zeile, Parker Bates and Logan Shroyer – all in separate locations. This allows fans of the show to wait more easily! In any case, if This is Us is your favorite series, don’t hesitate to vote for it during the 2020 Series World Cup by clicking HERE.