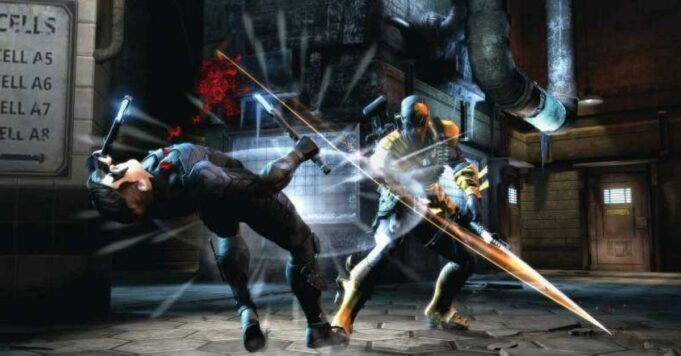 Because video games do not always call for violence, we come back here to these fabulous stories where they saved lives!

We talk a lot about violence in video games, and the imaginary (or not) correlation linked between the practice of virtual games and violent acts in real life. An often negative feedback, which puts the medium in a bad light in an often inconsistent way. Yet, video games have had an overwhelmingly positive influence on the lives of ordinary people on many occasions.. Sometimes we can even argue that they saved lives. Here, we come back to these crazy unusual stories in which games played a predominant role in the recovery of sick or seriously injured people.

Garin Turner is a screenwriter for various games, such as Trials of Unrest or Mutant Football League. In 2018, he was able to post a tribune in Playstation Lifestyle where he talks about his experience: victim of abuse and violence in his youth, he managed to find his purpose in life thanks to video games. Since then, he has worked on games, but also films and sports. A beautiful story of redemption.

Jane McGonigal is an important figure in the world of video games, especially in the field of mental health. Thanks to video games, she has been able to help many people with motivation concerns or depression.. She even created an app that helped her herself: SuperBetter.

Sara Winters was diagnosed as nearly blind during her youth. Where the story goes crazy is that a doctor prescribed him to play Pokémon at the age of 10. Two years later, his vision has improved dramatically. Today, Winters continues to advocate for total accessibility in video games.

Shawn Kittelsen suffered from terrible obesity, which could lead to a whole host of additional illnesses. Finally, after testing a VR headset for the first time, he found his therapy: by playing virtual reality games, he was able to lose weight and gain muscle. Today, Kittelsen is known for having written the games Mortal Kombat 11 and Injustice in particular!

This story is almost a miracle. In his youth, Yang was on the verge of death from a terminal illness. His condition was only getting worse and the doctors believed him to be on the verge of death. Finally, he found hope in video games, especially online, and over time, Yang simply performed a miraculous recovery, when he was on the verge of doing so. Today, Yang is the founder and CEO of Serenity Forge, which has been able to publish games like Doki Doki Literature Club or Death’s Gambit Afterlife.