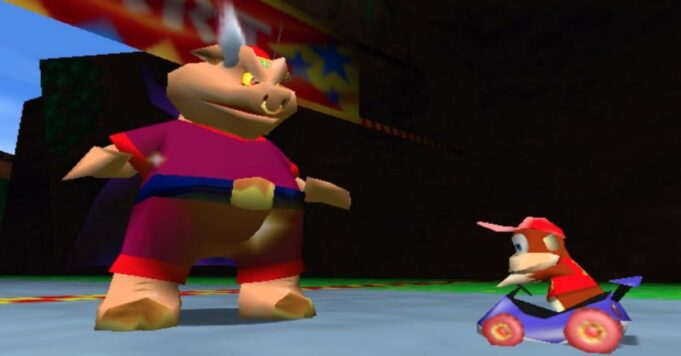 The Nintendo 64 offered a lot of tough video game bosses. Bosses who have left a big imprint on the minds of players: a look back at these very complicated opponents to defeat!

It must be recognized that the games of recent generations are much easier than before. The video game market is more accessible and with rare exceptions (games from From Software, for example), it is better to turn to retrogaming for difficulty. Nintendo consoles are known to offer complicated titles, including the Nintendo 64. The players kept in mind many bosses that are very difficult to defeat, real video game nightmares. The opportunity for the drafting of a small selection of the most complicated major opponents to defeat the console.

In this cult Nintendo 64 game, you are your own enemy! Because Link must face Dark Link, formidable version of himself. A boss imitating your sword strikes, possessing a lot of health, able to disappear into the ground … This enemy is particularly annoying!

Banjo-Tooie’s final fight is really complicated. Banjo and Kazooie face Gruntilda in his tank, the Hag 1. A vehicle firing magic, missiles, asking questions that must be answered in 5 seconds to gain the advantage. The difficulty oscillates between difficult and very difficult since it will be necessary to prove that you know the game.

Carnage is extremely difficult, fusion of a serial killer and a symbiote. The boss hits extremely hard and has a big defense. You have to drop it in a damage-generating area in the center of the room to hope to hurt it, knowing that this method can also hurt you. It will therefore require 100% concentration during this confrontation.

A very difficult boss, giving his name to this Nintendo 64 opus. The creature under the mask has three forms, all of which are complicated to manage. One shoots arrows, the other is very fast while the third has powerful whips that can keep you at bay. To optimize your chances, it is better to have all the masks in the game!

The most difficult Nintendo 64 bosses are in a go-kart game! This is Wizpig with such a complicated race that it gave the players a lot of cold sweats. You have to complete the course to perfection, without making a mistake once, to hope to beat this very fast opponent.