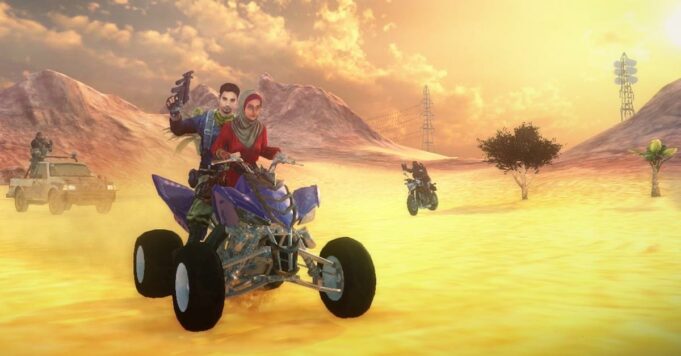 These copies of the video game are more than shameful … Copies of unethical developers taking up the formula of cult titles but totally missing the boat. Be careful, it stings the eyes!

In its long history, video games have given us many great works. Striking games because offering a unique universe, exhilarating gameplay, sharp writing, praised by the players. But not all of them achieve the feat of making video game history and totally wallow. A situation pushing some developers to an inglorious method: shamelessly copying some of the big hits of the video game market. And there have been many shameful plagiarisms in recent years! The editorial staff offers you a selection of these titles that have shamefully pumped out other cult video games.

That karting games exist alongside Mario Kart is not a problem. But Mole Kart goes further than taking inspiration from the formula since it is a complete takeover of the Nintendo franchise. All objects, routes, blocks and sound effects have been looted by this game released on iOS in 2012 and since gone.

Nintendo did not wait for the democratization of smartphones to be looted. The Great Giana Sisters shamefully pumped Super Mario Bros. in 1987! The artistic direction is almost the same, as is the gameplay (but less successful, a shame). Note that the Japanese firm, yet very litigious, never sued the game developer.

Tattoo Assassin wanted to capitalize on the success of Mortal Kombat

In 1994, Mortal Kombat marked gamers with its extreme violence. Copies therefore appeared as Tattoo Assassins. Bland art direction, garish colors, really cheesy and silly final shots (like the one with a car crushing the opponent) … A counterfeit to capitalize on the success of Mortal Kombat.

Replicating the success of Uncharted without the slightest talent or budget: mission impossible. And Unearthed: Trail of Ibn Battuta wallowed heavily. The animations are lacking, the graphics hideous for a game dating from 2013, the action is sluggish … A shame for an action game wanting to copy the hit of Naughty Dog.

The War Z (Infestation: Survivor Stories), a shame from start to finish

The War Z is a shame from start to finish. The game copies every element of Day Z, a hit of the time, in 2012. The developers have largely lied, added microtransactions, the executive producer has uttered homophobic slurs, censored the game’s critics … The War Z, or Infestation: Survivor Stories), is a video game turnip.