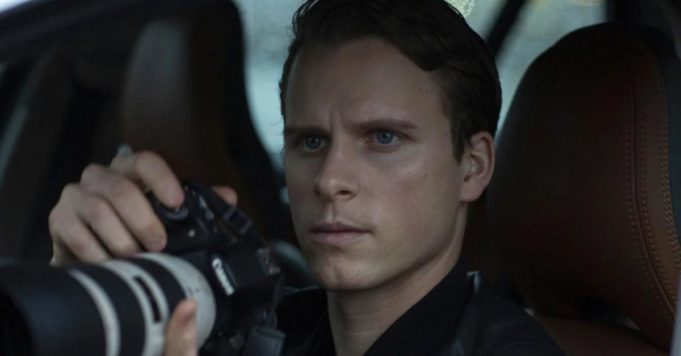 Netflix unveils a prequel on young Wallander, a famous hero in the series of novels by Swedish writer Henning Mankell. Is this 6-episode thriller worth a look?

As the World Cup series competition continues, we take the opportunity to tell you about a new show available on Netflix which is not part of the competition. Young Wallander recently released on the platform and it already holds its place in the Top France. And for good reason, this British-Swedish co-production serves as a prequel to the books of the Swedish writer Henning Mankell, in which Inspector Kurt Wallander is the hero. If we haven’t read the author’s thrillers, we can still give you our impressions of the first three episodes of the series.

Trailer of the The Young Wallander series – Credit (s): netflix

From the first minutes of the show, the tone is set. We discover Kurt Wallander, a somewhat headed young man played by Adam Pålsson (Mindhunter), recently hired in the police force. If he thought he would evolve in the business over the years, the process was sped up when Kurt found himself in the midst of a brutal crime in his neighborhood, which sparked an anti-immigration movement. Very quickly, his officials wanted him on the record, he who knew the area and its inhabitants well. The problem is, for this job, Kurt has to oust his friend and colleague Reza (Yasen Atour). If the latter doesn’t hold it against him, maybe his hatred and anger towards Kurt will manifest once he awakes from his coma after Kurt abandons him on a mission. Yes, because, as a young cop, Kurt doesn’t always make the right decisions. If he is still a novice in the field, he will certainly have to pay the price for certain choices throughout his life.. Will he succeed in freeing himself from the weight of his guilt?

The next episodes will obviously answer this question, but before that, you will be able to be immersed in the heart of the police universe. Between stress, late decision-making, corruption … Young Wallander will show you behind the scenes in the middle. If the police investigation of Kurt is obviously the common thread of the series, the latter could not have existed without the addition of his romance with Mona. While this plotline is highly predictable, it doesn’t take up too much space within the show and that’s a good thing. If the episodes contain a few lengths, the editing is rather dynamic and we quickly find ourselves caught in the heart of the investigation. Fans of crime series should like a lot Young Wallander, and its place in the Top France of the platform confirms it! In a completely different genre, you can also discover Away, a space series with Hilary Swank, also available on Netflix.