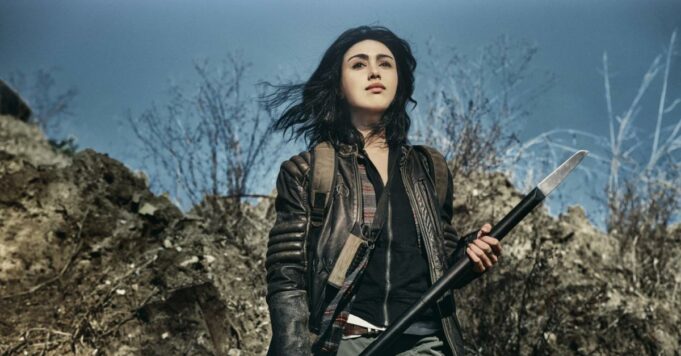 Season 2 of The Walking Dead World Beyond is in the works, but will it really be the last?

While we recently unveiled an ultra detailed map that gives the location of all the characters of the The Walking Dead franchise, it is only the youngest that we are interested in today. The shooting of season 2 of The Walking Dead World Beyond has indeed started and it was with a photo of Hope’s dressing room, played by Alexa Mansour, that the show’s official Instagram account reported it. We know from the start that AMC only planned 2 seasons of 10 episodes each for World Beyond, but is it possible that they change their minds and that the series focused on a bunch of teenagers is renewed?

A priori, Showrunner Matthew Negrete is still counting on a 2-season limited series, even if the new episodes promise to be different from the first season. “We’ve always thought of the series as two very different chapters of the same book, that’s how I see it. And I think we’re really going to have a more global view of the story in the story. season 2, the stakes will be higher “. This means that even with higher stakes, the writers have theoretically already written the end of the series with, hopefully, a satisfying conclusion for Iris, Hope, Felix, and everyone else.

Despite the plans of AMC and the showrunner, we remain skeptical about the certainty that World Beyond will stop after 2 seasons since we know AMC’s propensity to pull the rope when it comes to his universe of zombies. However if season 2 manages to teach us enough things about CRM while offering a real end to its characters, we can be satisfied. Until we can find out about all of this later in the year on Prime Video, we hope that season 2 of The Walking Dead World Beyond will answer all the questions it has yet to answer.