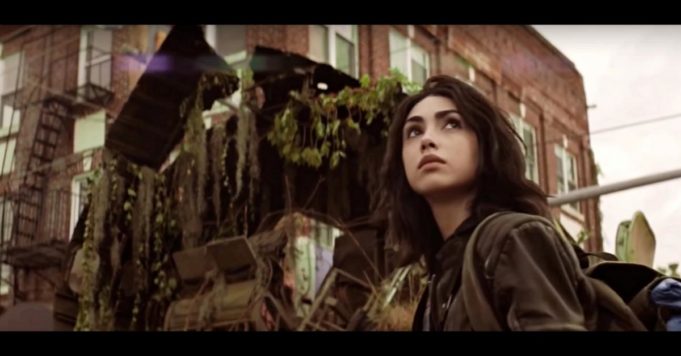 The Walking Dead: Will World Beyond have the solution to the zombie epidemic?

The new spin-off The Walking Dead: World Beyond lands in less than a month on AMC and the new trailers follow one another. In the one you can see above, we hear a few references to a possible cure for the zombie disease that could be game-changing. It is the father of Iris and Hope, the 2 sisters on whom the series will be focused, who is working on a possible cure.. But the latter is a prisoner of the CRM group and it is therefore when he sends a distress message to his daughters that they decide to set off with their friends to go to New York, where their father is being held.

Even if the trailer does not explicitly speak of a first remedy, we at least know that characters are still working on it and that it is something that interests CRM a lot. This community is at the heart of several intrigues and has technologies that many thought were gone.. It is therefore possible that with the 2 seasons of The Walking Dead: World Beyond, AMC finally presents the possibility of having a cure which would put an end once and for all to the zombie contaminations. With that done, a huge job of rebuilding civilization and working together among survivors could begin. Until you find out if this is what will happen, you can vote every day right here for The Walking Dead and many other series on the occasion of the 2020 Series World Cup.