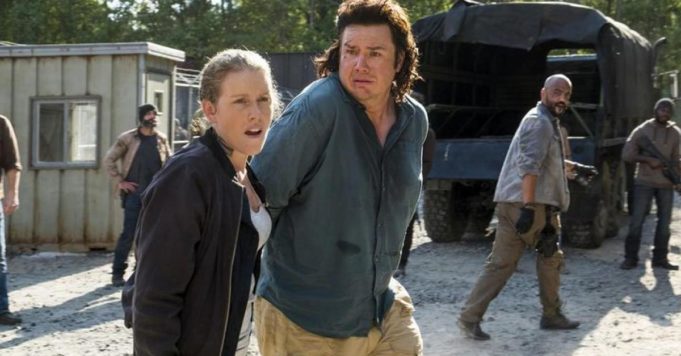 A hilarious sex scene that we would have loved to be able to discover in The Walking Dead!

It’s a pretty amazing fun fact about the series! The Walking Dead deleted a sex scene between Eugene (played by Josh McDermitt) and Laura (played by Lindsley Register). Unfortunately for us, the latter which was originally supposed to take place in the episode “Time for After“from season 8 was finally cut for editing. The reason? “The latter just never worked on screen” as the hilarious actress explained earlier this year. Indeed, the sequence was to happen when Eugene and Laura find themselves locked in the HQ of the Saviors during the attack with the truck bomb of Daryl and Tara. Laura, thinking that she is going to die, decides to take advantage of her last moments .. with a very upset Eugene! A carnal report described by producers as “a kind of nihilistic moment without any romantic component“.

It’s in the podcast Talk Dead to Me that Lindsley Register confided in on this subject. “When I asked what Laura should do, the producers said there was definitely nothing going on between the two of us. They kept saying it was just sex.”. Before adding: “So here we go, we film him and it was really funny. I remember kissing him [Josh McDermitt] and hear him say: ‘You taste like fruit and applesauce.’ I dress and he has the sheet pulled around him, it was so cute“. For their part, the writers confided on Twitter to have”laughed a lot imagining Eugene’s reactions while writing. Like: I’d like to keep my socks on!“Unfortunately for us, the obvious lack of sexual osmosis will eventually get the better of this scene, producers preferring to part with it for fear that “becomes too much of a distraction from what was going on in the plot.” Also check out the many changes coming in Season 11 of The Walking Dead.