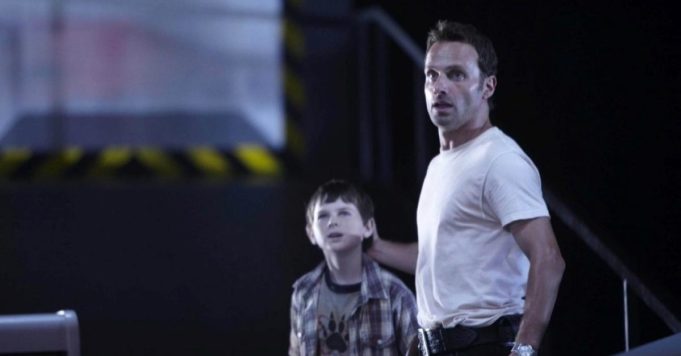 A fan spotted a huge mistake in this legendary scene from Season 1 of The Walking Dead!

This isn’t the first time a fan has discovered a big inconsistency in Season 1 of The Walking Dead ! On Reddit, a user named DeathsEdge0 started a thread to share his amazing discovery about the series created by AMC. Indeed, photo in support, the latter has highlighted a big error discovered in the mythical scene of the final season of season 1. This is when the character played by Andrew Lincoln tries to escape with the rest of the CDC group where they are locked up. Rick Grimes uses an M67 genade for this. An overpowering weapon that allows him to smash a window and get out of the building quickly before it explodes, swallowed by flames.

An anthology scene that significantly marked the minds of fans of the series. And for good reason, with the opening scene where Rick Grimes finds himself surrounded by hundreds of zombies in an army tank, this strong emotional sequence has definitely set The Walking Dead to the rank of successful series. However, this success does not allow him to escape inconsistencies and other holes in the plot. The proof, the internet user in question revealed that the safety lever of the grenade offered by Carol was painted blue. A color that indicates it is a training grenade and not a real one. An important detail which is above all akin to a big oversight on the part of the film crews. Oops! Also find out why zombie infection is probably the biggest mistake in The Walking Dead.