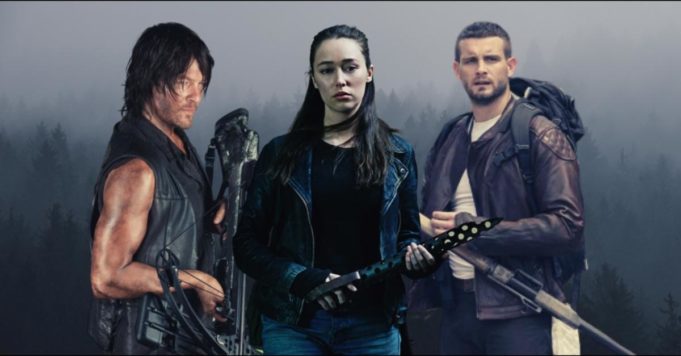 Season 11 of The Walking Dead will be the last but it will be followed by 2 new spin-offs. Stop or else?

It’s been a few days now that we know, season 11 of The Walking Dead will be the last of the main series, but it will not mark the disappearance of all the characters. A spin-off on Carol and Daryl has been announced, in addition to a 4th spin-off titled “Tales of the Walking Dead” which, in anthology form, will tell the stories of several distinct characters, new or old. These 2 series are added to Fear The Walking Dead whose Season 6 premieres October 11 on AMC, and at The Walking Dead: World Beyond which will start on October 4 right after episode 16 of season 10 of The Walking Dead.

In short the franchise The Walking Dead continues to expand under the influence of Scott Gimple, and we have not finished seeing zombies on our small screens. But isn’t AMC taking a big risk – that of tiring its fans – by increasing the number of productions? The audiences for the main series have already been in free fall for several seasons, despite the arrival of Angela Kang in season 9 and the increase in quality that this has brought about.. Fear does not thrill the crowds, and even less since the change of showrunners and the “reboot” that took place in season 4. As for TWD: World Beyond, the fact that it categorizes itself more in the “teen series” could discourage some.

This is not the first time that we have wondered about the usefulness of so many series The Walking Dead, and even if AMC can count on Norman Reedus and Melissa McBride to bring people back, the channel also runs the risk of “spoiling” their characters with superfluous stories. We know too many series which did not know how to stop in time and which ended up disgusting and / or boring fans with absurd intrigues or characters becoming incoherent. We can only hope that the franchise The Walking Dead won’t go that far, although for some fans she’s already passed that milestone a while ago.

The series will not be the only ones to bring back characters since the films The Walking Dead on Rick Grimes continue to move forward although news about them remains scarce. We know that Scott Gimple has a complex universe in mind in which everything is linked, but it will take a good dose of explanation to ensure that the whole remains coherent.. The appearance of the CRM group – Civil Republic Military – already forms a link that links the 3 series soon to be released as well as the films, but will it also be present in the spin-off on Daryl and Carol? Until you find out, you can still vote for The Walking Dead and for your other favorite series right here every day to make them win the 2020 Series World Cup on melty.