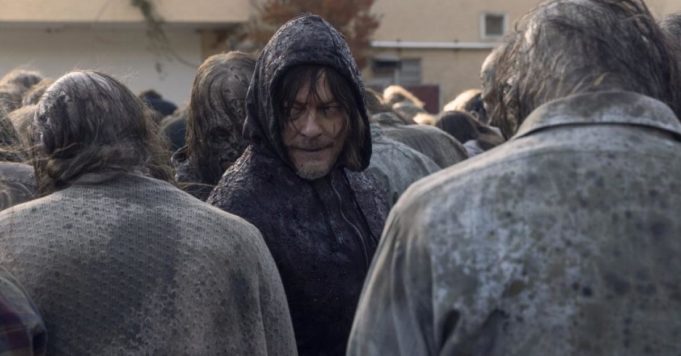 In its 10 seasons, The Walking Dead has made a few missteps.

After we wondered – quickly – if Daryl’s death was teased in a new photo from season 10 of The Walking Dead, we are now interested in a completely different character: Laura. The former Savior, played by Lindsley Register, had an interesting arc from her appearance in episode 3 of season 7 until her death in episode 10 of season 10. So interesting in fact that we very much regret that the writers decided to kill her during her clash against Beta. While it makes sense for the Whisperers to do some damage within the party, other characters she could have passed there.

Laura has only been present in 3 seasons of The Walking Dead yet, with the 6-year time jump that followed Rick’s disappearance, she spent more time with the group than the sheriff himself. This should have earned her a more privileged place and more intrigue putting her forward.. We know that with his many characters, The Walking Dead Still struggles to harness the potential of her entire cast, but it’s clear Laura could’ve been a great bet. The former Savior has attracted the sympathy of fans and her surviving friends, and her evolution could have continued.

She is not the only one to have disappeared without having really had a chance to know her, but it is clear that until her death in season 10 of The Walking Dead, Laura will have marked us. It remains to be seen if there are enough seasons left for the show to lean more on other supporting characters. or if, like Laura, some will just be touched on and continue to be a source of frustration rather than satisfaction. With its 6 additional episodes, season 10 has in any case an opportunity to focus on a few survivors usually put aside.