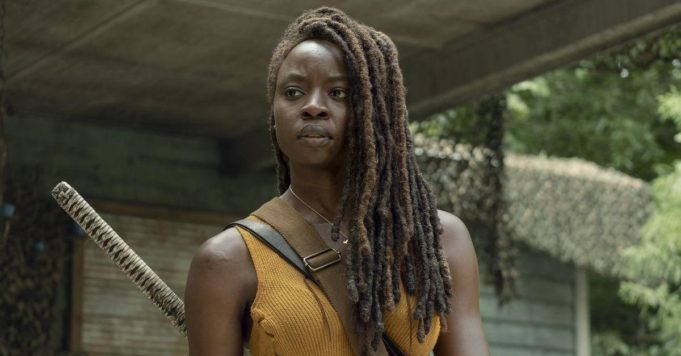 Are we the only ones to ask this question about the departure of Michonne in season 10 of The Walking Dead?

While we look forward to the broadcast of the 6 bonus episodes of season 10 of The Walking Dead on OCS, we take advantage of the hiatus to look into a particular plot and some questions that we ask ourselves about it. It had been known for a while that Danai Gurira was ready to leave the show, and It is therefore in episode 13 of season 10 that Michonne started looking for Rick after finding traces of the former sheriff. Now that Episode 16 has aired, one wonders why Daryl, Carol, and the others haven’t asked for news from Michonne yet.

Last I heard, she had gone to search for weapons with Virgil after the latter was captured in Oceanside. Michonne then contacted Judith to tell her that she was not going to come back but rather follow in Rick’s footsteps. A priori, Judith still has not told the others that Rick could be alive, nor that Michonne wants to find him. Now that they have defeated the threat of the Whisperers, why don’t Daryl and the others worry that Michonne still hasn’t come back? Have they ever contacted her via off-screen walkie-talkie? If so, has she lied to them about her real purpose?

Even though the fight against the Whisperers monopolized the group’s attention for several hours, we just regret the fact that no one has mentioned Michonne on screen as her departure begins to date. His mission was to return precisely to fight against the Whisperers, and his absence during the big shot and the final confrontation could have been noticed by a few characters. We hope that one of the 6 bonus episodes of season 10 of The Walking Dead will show Judith talking about Rick and Michonne to Daryl in order to finally see how Daryl and the others react to this news.