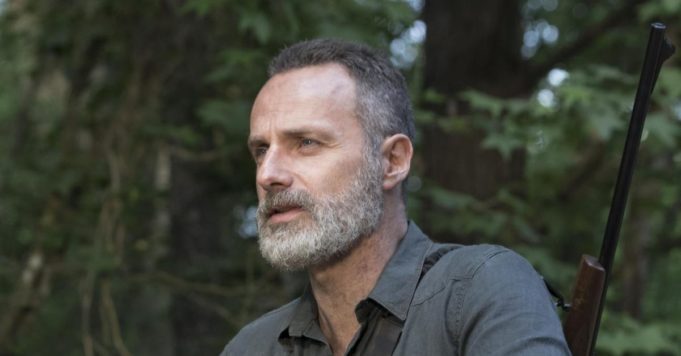 The end of season 10 of The Walking Dead should end in a surprising way.

After returning to the masked character who saves Aaron in episode 16 of season 10 of The Walking Dead, we continue to question the final season and particularly the cliffhanger promised by producer Greg Nicotero. According to the latter, an important cliffhanger awaits us in A certain doom and it would be interesting if it were linked to Rick’s survival. In his last episode in the series, Michonne has discovered that Rick did not die in the explosion of the bridge and she decided to start looking for him. Only Judith is also aware of this, but that may soon change.

Episode 16 of season 10 of The Walking Dead could indeed end with the revelation to the whole group concerning the survival of Rick. Judith has already explained to Daryl that she is afraid that he will leave like her mother, and that is the main reason why Judith therefore said nothing about the fate of her father. But the end of the season would be the perfect time for the girl to talk to her uncle and the rest of the group, and the episode could end before we know what Daryl, Carol, Maggie and the others are going to do now that they have finally discovered this crucial information.

After Michonne’s departure, it is difficult to see Daryl launching in search of Rick in turn, but we already know that if he learns that his best friend is still alive and that Michonne is on his tracks, Daryl will want to talk to him . Rick’s survival could also affect Maggie’s attitude, who will finally return in episode 16. We know that she did not leave Hilltop because of Rick’s disappearance, but that undoubtedly contributed in one way or another to her departure. Could the news about her survival be what convinces her to stay with her friends in order to try to regain the unity of yesteryear? This is what we will see in a few months.