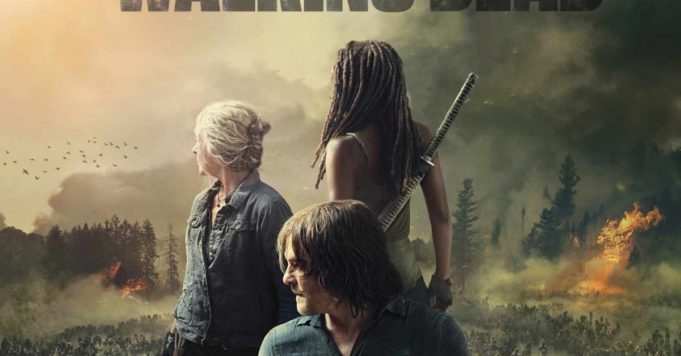 The last temporary episode of Season 10 of The Walking Dead could be the last for this character.

While The Walking Dead continues to fight to win the Series World Cup for which you can vote every day right here, we are interested in one of his episodes that we have been waiting for months: the final season. Episode 16 will air on October 5 on OCS and it will be the last before a good time since it will be necessary to wait until 2021 before discovering the 6 bonus episodes that will help us to wait until season 11 in October 2021. However “A Certain Doom” could also be more frustrating than anything else since we expect not only a cliffhanger but also possibly several deaths.

1 month til ‘the @amcthewalkingdead Season 10 finale …

Actress Briana Venskus recently posted a photo on her Instagram account that could tease a doom for her character, Beatrice. We see the inhabitant of Oceanside alongside Carol, both covered in blood and bits of zombies that must help them camouflage themselves among the horde. We already know that this technique works, only with the Whisperers the situation is different since humans are hiding among the walkers. This means that several characters could be killed by Whisperers, and one wonders if Beatrice is not one of them.. Her plot has never been put forward and if episode 16 focuses a bit on her, there is a good chance that it will then be to kill her as has often happened in the series … waiting to know if she will survive the final season, find out right here what AMC asked fans about Daryl’s soul mate in season 10 of The Walking Dead.