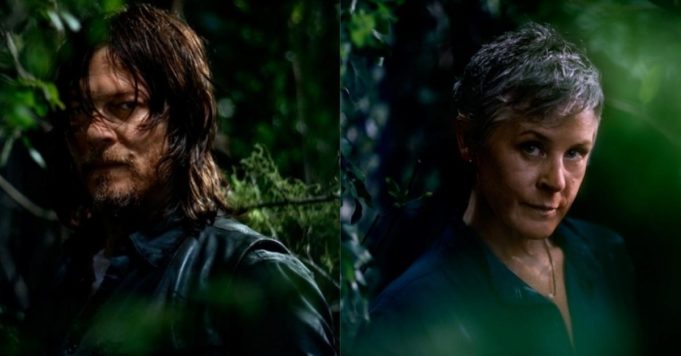 It’s official, season 11 of The Walking Dead will be the last but not for Carol and Daryl.

While The Walking Dead fights against its rivals for the 2020 Series World Cup – which you can vote for every day right here – AMC made announcements that continued to surprise fans. We recently learned that season 11 of The Walking Dead will be the last, but that’s not all. A spin-off on Daryl and Carol has been ordered, so we know that Norman Reedus and Melissa McBride will return to our small screens. According to the information we have for the moment, the spin-off in question will not be released until 2023 and Angela Kang, already showrunner of the main series, will also be in charge.

“It’s not easy to see the main series stop, but I’m very happy to be working with Scott Gimple and AMC to develop a new series on Daryl and Carol. Working with Norman Reedus and Melissa McBride is one of the great pleasures of my career and I can’t wait for us to continue, together, to tell the stories of their characters “. Angela Kang is not the only one to rejoice in this new series whose title is unknown for the moment since the 2 main actors have also confided and one thing is clear: the enthusiasm is very present.

“Whether playing Carol or as a viewer, I have long been intrigued by Daryl and Carol, and the bond that was established between them from the start of the series. They both went through a lot of things to survive and they share a long history which is what makes them so close and loyal to each other. But there is also a slightly more mysterious aspect to their relationship, a tenderness and a teasing side that I really like “. Side teaser that we have seen a few times in season 10 of The Walking Dead but which, given recent events, could have difficulty reappearing on the screen.

We know in any case that the relationship between Carol and Daryl will still evolve since they will have a whole series to continue to get to know each other. And like Melissa McBride, Norman Reedus is delighted. “Daryl and Carol’s relationship has always been my favorite on the show – sorry Rick. I love the way they interact and the fact that they have so much in common. I can’t wait to see the direction. go take”. Is there a chance that Carol and Daryl will come together to the point of forming the famous couple “Caryl” that many have waited for years? The answer in … 2023.