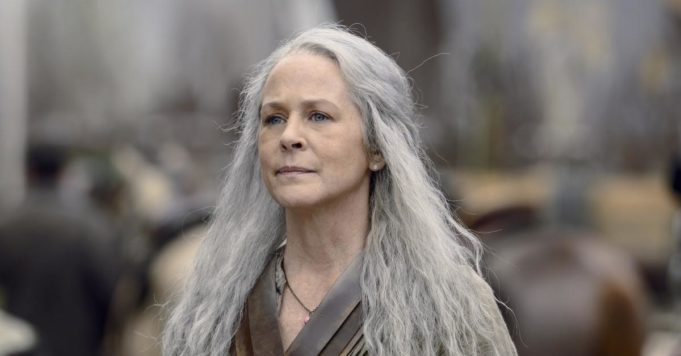 The Walking Dead season 10 or the next one could give Carol a perfect role again.

While we wait for the broadcast of the next episode of The Walking Dead October 5 on OCS and as the series continues to fight to win the Series World Cup – which you can vote for here every day – we take a look at a character and the role he could have in the sequel. Carol seems to be in a vicious cycle of self-destruction lately, but we’re hopeful that will change – especially if Connie appears alive after the cave collapsed. Connie’s return and the discovery of the Commonwealth could be determining factors for the survivor.

We explain: we have already seen Carol claim a certain vulnerability to put her enemies to sleep and then surprise them with her strength and intelligence. So one wonders if, when the Commonwealth is part of the series, Carol could adopt the same technique.. Ever suspicious, she could pose as a docile survivor with little in the way of scouting and making sure the Commonwealth is what it claims to be. While it will surely be harder to fool everyone in this huge community, we know Carol can be very persuasive when she needs it.

We would therefore like season 10 or season 11 of The Walking Dead to show us Carol get back on the road with a new mission. By getting involved and seeking to protect their loved ones, Carol could also redeem herself from her companions while benefiting from an interesting plot and, as we have already seen, add some comedic potential to the series. In short, we will have to wait a long time before knowing what awaits Carol, but it gives us time to speculate on the kind of intrigue that we would like to see the characters live in the next episodes.