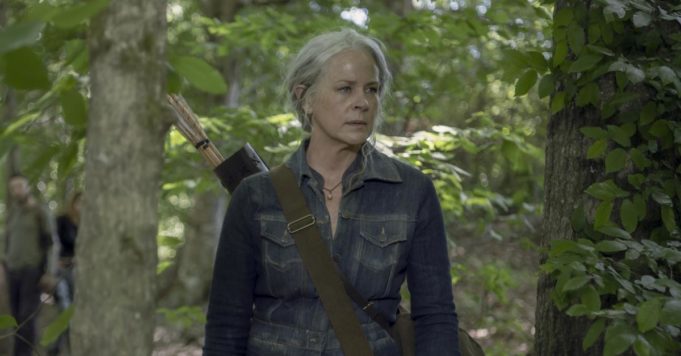 Season 10 of The Walking Dead is not over but we can already say who is the best character.

You still have a few days to vote for The Walking Dead during the group stages of the 2020 Series World Cup on melty, and while waiting to know if she will reach the next stage, we come back to a flagship character of the series : Carol Peletier. Present since the very first season of The Walking Dead, Carol has enjoyed an impressive evolution to the point of becoming a fan favorite. However, her arc in season 10 divides, but in our opinion this is also what makes her one of the best characters and we are ready to prove it to you.

It’s always hard to see characters you care about making bad decisions, and Season 10 of The Walking Dead sees Carol chain the errors because of her desire for revenge after Henry’s death. By beating down on Alpha, Carol put several of her friends in danger and Seeing her do this is as frustrating for Daryl as it is for us. But taking the time to underline the trauma of a character and especially not being afraid to show the potentially devastating consequences is what makes Carol a peerless character.

The writers have never shied away from showing the darker side of her personality, making Carol one of the most complex and fascinating characters on the show. Just like Daryl or Rick, Carol has made questionable decisions just for the sake of protection or revenge, causing a range of emotions in viewers.. Now we know that a good character is not necessarily the one who pleases in all circumstances but especially the one who knows how to provoke various reactions in his audience. For this reason, Carol, whose redemption is still expected to be seen in the end of Season 10, is arguably the most interesting character on the show right now.