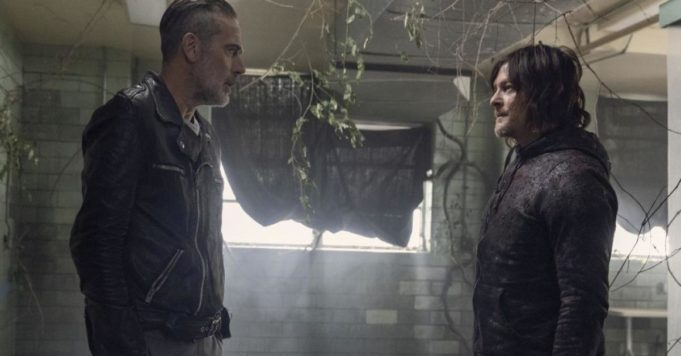 While The Walking Dead continues to fight against its rivals in the Series World Cup for which you can vote right here every day, we wait for season 10 talking about a rather basic subject: the zombies. Eh yes, Carol, Daryl, Connie, Magna and all the others have been surviving for years now in an apocalyptic world filled with zombies, yet they still seem to have a hard time fending off their undead enemies. Obviously in most cases, flight or combat is easy, but zombies remain a real threat to the characters.

In episode 16 of season 10 of The Walking Dead, we know that several characters will be stuck and surrounded by a huge horde of walkers among whom are hiding Whisperers. A priori, Daryl and others will be ready to camouflage themselves as walkers to succeed in saving their friends, but this technique has already been seen and reviewed while other means exist to get rid of a lot of zombies at the same time. One of them, particularly violent but which would have been worth the blow at the time when fuel was not so scarce, would have been to attract walkers to a field and start a harvester. Attracted by the noise, the zombies would continue to be decimated without necessarily needing “supervision”.

Another more economical way would be to dig a huge hole and then surround it with noisy objects to attract walkers into it so they simply fall into it. It would then suffice a little flammable liquid to make a pyre worthy of the name. Finally a third way to get rid of zombies and that we have not yet seen in the main series but used in Fear The Walking Dead would be to lure walkers near a cliff and drop them all into the void / into the sea. Even if some might survive, it is still a cheap and efficient way to do it. ‘ensure that the surroundings are cleared of the living dead.