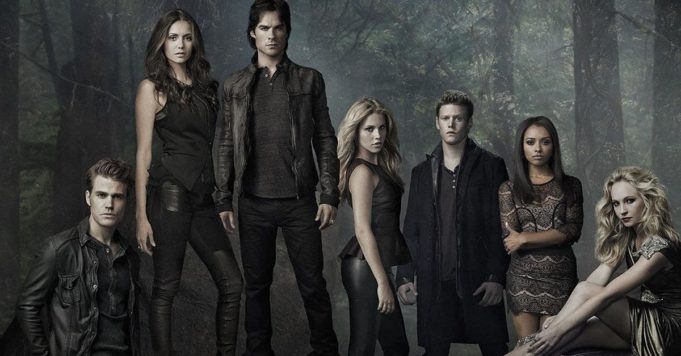 In The Vampire Diaries, many vampires have extinguished their humanity. They also had to face terrible consequences. Here is a little recap!

In eight seasons, The Vampire Diaries blew our minds. Between love stories, supernatural intrigues, big bad and vampire fights, the fans were served. Vampires had many talents besides being immortal … There were also some clever additions that heightened the plot, including the abilities to manipulate dreams, coerce humans, turn off their humanity to no longer deal with their emotions. This allowed them to live a carefree life without remorse for their action. During the eight seasons of The Vampire Diaries, many vampires have turned off their humanity to cope with pain and difficult decisions, and this has almost always ended in dire consequences. Here is how many times Stefan, Elena, Damon or even Caroline have done it in The Vampire Diaries.

Stefan has turned off his humanity four times in total during the eight seasons of The Vampire Diaries. It must be remembered that the first time, he did it without knowing it … He was still a novice. He had become a vampire at the age of 17 and abandoned by all. He felt guilty and alone after his brother, Damon, left him …

For his part, Damon Salvatore has extinguished his humanity twice during The Vampire Diaries. The first time was in 1958, when he tried to free Enzo from the Augustine Society after escaping … However, he failed because the bars of his cage were soaked in verbena and he was forced to lose his humanity so as not to think about his friend and save himself. The second time was seen in Season 7, when Sybil wanted to control him!

When his brother, Jeremy, was killed in season 4 of The Vampire Diaries by Silas, Elena was unable to cope with the immense grief and was advised by Damon to deactivate her humanity … She then lost control and no longer felt any guilt for killing a few humans …

Let’s finish with the character of Caroline. In season 6 of The Vampire Diaries, her mother died and could not be brought back to life. Elizabeth, died of rare cancer, while trying to cure her with vampire blood. Unable to endure the pain of her death, Caroline rocked before Stefan could tell her he loved her… Her friends tried to bring her back but the consequences were terrible. Because of her, Stefan was once again forced to turn off his humanity!

Don’t forget to vote every day for your favorite series during the 2020 Series World Cup by clicking HERE.