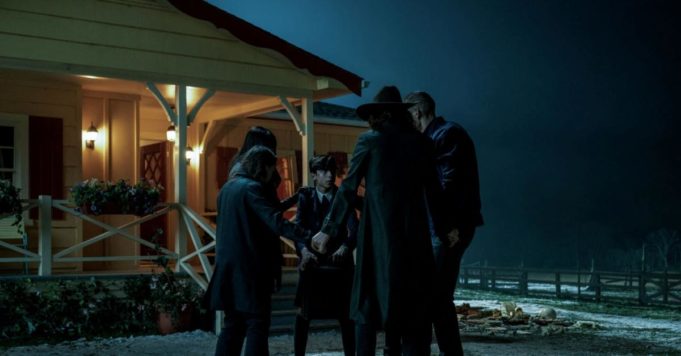 To try to exist in the new timeline, members of The Umbrella Academy will have to use methods known to the Avengers in season 3 of the show.

The Handler was killed in season 2 of The Umbrella Academy and that could have dire consequences within the new timeline. If the Commission is no longer led by a competent person who will be able to enforce the timeline of the space-time continuum, the Hargreeves will face another problem: They are no longer supposed to exist within the timeline of 2019. And for good reason, when Sir Reginald met Luther, Vanya, Five and the others in 1963, he felt they were not that exceptional. This is why he decided to take back his future in hand, ousting this first team of superheroes in favor of the Sparrow Academy, a team much more dangerous than the first. To try to find “their life before”, the Umbrella Academy will have to follow the same plan as that of the Avengers, in particular using a specific device allowing to restore the timeline.

And for that, they will certainly have to get their hands on the Televator, a device created by Sir Reginald to travel through time. In the comics of The Umbrella Academy, this invention allows the latter to travel both in space and in time. If they manage to find and use it, then they can prevent their adoptive father from setting up Sparrow Academy for them. They will then have to ensure that the founder of the Umbrella Academy stays with Grace, who has become their “robot mom”, and who has allowed Reginald to be what he is today. By restoring this timeline, they will therefore be able to exist again in 2019, however accepting that the planned apocalypse will occur.

Allison might allow the rest of the siblings to take notice of all this, when she realizes that her daughter Claire does not exist in this new era either. Like the Avengers, the Hargrevees will go back in time to change just a few things, without changing the whole story. Of course, this plot also reminds us of that of the film Back to the future, in which young Marty McFly must ensure that the events of the past coexist in the future! We can’t wait to know when the new episodes land on Netflix, but in the meantime, you can still vote for your favorite shows in the World Cup Series contest.