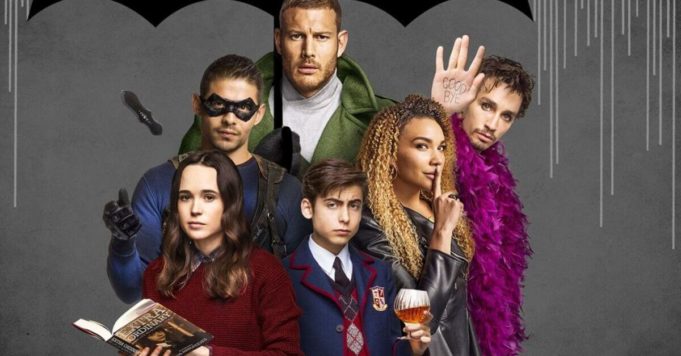 Allison, Vanya and Grace absolutely don’t look like that in the comics!

A month after its release, season 2 of The Umbrella Academy continues to prance at the top of the Netflix rankings. Proof that fans of the quirky fantasy series still haven’t got enough of the hilarious misadventures of the Hargreeves family. It must be said that the streaming platform did a very good job adapting the eponymous comics imagined by Gerard Way and Gabriel Bá. So much so that it would be difficult to imagine the protagonists of the show otherwise. Still, there are big differences between some of the characters featured in the series and those taking shape on paper in the comics. You’ll see !

The Handler (it doesn’t exist in the comics)

For starters, it’s important to point out that The Handler played by Kate Walsh doesn’t exist in the comics. Indeed, in these last Five only faces AJ Carmichael, the strange speaking goldfish seen in season 2. Another rather surprising detail, in the comics Vanya and Allison are physically very different from the actresses Ellen Page and Emmy Raver-Lampman. As you can see Allison has purple boyish hair just like Vanya. But the most amazing is without a doubt Grace, the robotic mother of the Hargreeves who is much less human in the comics! What do you think ? To go further, also discover the real age of each member of the Umbrella Academy in season 2.