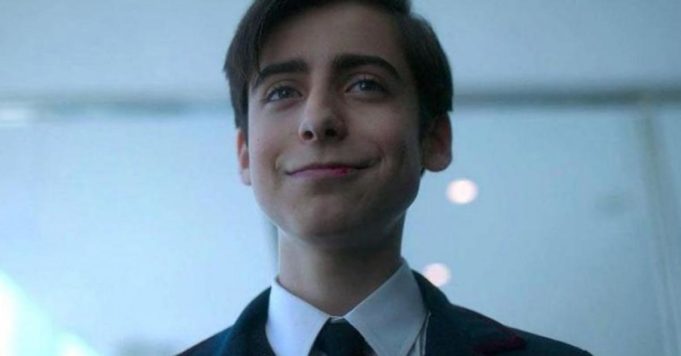 The older version of Five in The Umbrella Academy should have been different!

A few days ago, we revealed to you the actual ages of the Hargreeves family members fromThe Umbrella Academy. Today, it is the turn of the character Five, played by the formidable Aidan Gallagher, to be the center of our attention. And for good reason, while we were in the process of mending (guilty pleasure oblige!) The last episodes of season 2, a rather absurd question concerning the character reached us. Indeed, during the viewing of the scene where Five finds himself face to face with the older version of him (played by Sean Sullivan), we then wondered what the character could really look like if he had not returned from the post-apocalyptic future.

We explain to you! The actor Aidan Gallagher is unfortunately far too young to be properly dressed in fifty. Indeed, we have already seen it with the saga Harry potter, wanting to keep a young actor at all costs and choosing to make him older using various effects does not always work. It is therefore for the sake of consistency that the director of The Umbrella Academy preferred to call on the talents of comedian Sean Sullivan to play the old version of Five. However, there’s a pretty funny and quick way to find out what Five really should have looked like at the age of 58, if Aidan Gallagher had served as a guinea pig..

We are of course talking about the FaceApp application which has already made it possible to virtually create the daughter of Daenerys and Jon Snow in Game Of Thrones. Indeed, we used the app and a photo of Aidan Gallagher in the series to create an interesting morph and highlight his real face in his fifties bitter. And the least we can say is that the latter is quite different from the version proposed by Sean Sullivan in the series (and that’s normal!). We even took the vice further by testing the experience with and without a beard. Of course, this test does not take into account the physical and psychological consequences that often result from a long period of isolation, but it is still very funny. What do you think ?