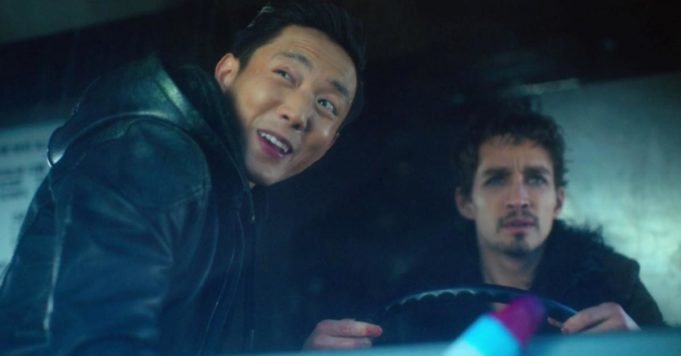 The reason for Ben’s death in The Umbrella Academy is still a mystery. Klaus or Luther could they be recognized as responsible in season 2?

Ben Hargreeves will certainly always be as enigmatic in season 2 of The Umbrella Academy. And for good reason, fans still do not understand how number 6 could have died. However, several hypotheses could explain it. The first would like Ben to kill himself because of an overflow of stress and pressure. As you know, he has the ability to summon demonic beasts from another dimension and it requires a lot of energy. With the mission of stopping the threats of this world, the Hargreeves brothers and sisters have been able to abuse his ability to use his power, to the point that he cracks. And Klaus’ visions would prove that Ben Hargreeves committed suicide. The addict in the group has the ability to speak and interact with the dead, and is said to see the dead in the state in which they died. Ben is not injured, does not have torn clothes and has a rather serene facial expression, which would mean that he could have committed suicide with medication or that he would have cut his veins (hidden under his sweatshirt). This first idea would support the motive for suicide, but other hypotheses are (almost) equally valid.

In the second possible case, Klaus could be linked to Ben’s death. Several times, he explained that he blamed himself for having harmed his loved ones. Perhaps it would be his regrets and remorse that would push him to use drugs and alcohol. Maybe they even ingest so much to forget what he did, and that would explain his attitude if “border line”. Besides, on the commemorative statue of Ben, one could read: “May the darkness in you find peace in the light”, which clearly indicates that he had battled depression. Situation that Klaus is currently undergoing, who likes to take refuge in the most obscure elements that surround him. However, it is difficult to understand why he would have killed his brother Ben, so this theory holds a little less the road than the two others. The last would point the finger Luther, the leader of the group.

Luther has admitted to being responsible for Ben’s death on numerous occasions in the fantasy series aired on Netflix. Maybe he said that without any real justification, only because he considers himself the protector of the siblings. Number one may be putting pressure on Ben: he wanted his brother to succeed so he dictated his steps. As a simple child, number 6 would not have supported him and would have committed suicide. Luther would therefore be responsible for his death, but without really wishing it! This would explain why the other Hargreeves hate him and justify sending Luther to the moon, punished for his act by Reginald. We hope that the mystery surrounding Ben’s death will be solved in season 2 of The Umbrella Academy, which is revealed thanks to new posters!