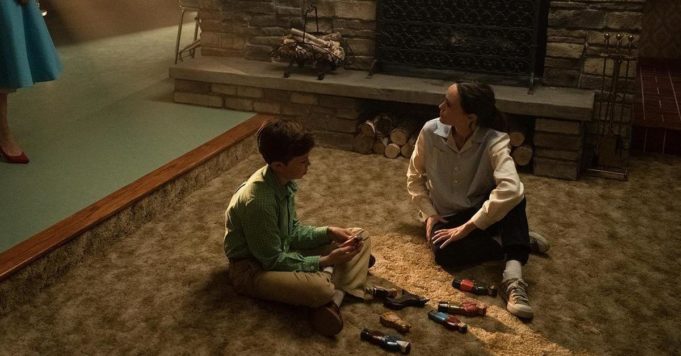 Season 3 of The Umbrella Academy could make terrible revelations about Harlan Cooper!

The second part of The Umbrella Academy sure Netflix has barely been released that we already want to discover the rest! At the same time, we know that we can expect a lot of twists and turns since The Handler’s death in season 2 of The Umbrella Academy. These new episodes introduced new characters, such as Harlan Cooper, a somewhat special child with autism. The one who saw him the most was Vanya, the strongest Hargreeves of the siblings. One day, when he was the victim of yet another tantrum, Harlan escaped from the house and then drowned. It was at this precise moment that Vanya intervened: she saved him from death by transmitting her energy to him. Tormented and troubled by what was going on in his body, Harlan couldn’t handle his new supernatural abilities. During the cliffhanger, Vanya managed to take away his powers, at least that’s what we thought before realizing that the little boy was levitating a little sparrow above his hands. It was therefore quickly understood that Harlan still had his extraordinary abilities, which suggests that he may have always been one of the other child superheroes born in 1989.

What if Vanya hadn’t given him anything at all after all? After all, one can imagine that Harlan would have fended for himself after his drowning if it hadn’t happened so quickly. If the heroine can transmit her power, why wouldn’t she manage to take it back? Harlan could very well be another child superhero born on the same day as those of The Umbrella Academy, but he simply ignored his gift. While many believe he will have a connection to Sparrow Academy within the sequel – due to the sparrow, this new team’s flagship symbol – he will certainly be the center of the story in one way or another. Like Vanya, he grew up in a heartbroken family, perhaps all the anger that lies within him will show in future episodes. The sequel will surely explain to us where Harlan holds his power, but while waiting for the release of season 3, vote for your favorite show during the World Cup series!