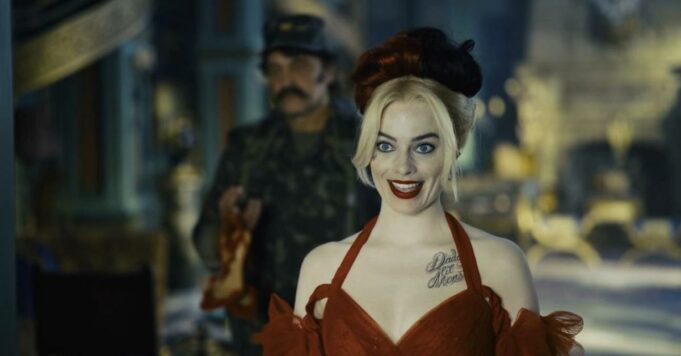 Harley Quinn has evolved well over the films in which she appears, and James Gunn has retained an intrigue concerning her. Warning, this article contains spoilers for The Suicide Squad.

If James Gunn was inspired by the costumes of Harley Quinn in the video game Batman: Arkham City for The Suicide Squad, her film also has the merit of keeping a plot about her. After David Ayer’s film released in 2016, which had suffered a lot of criticism, then Birds of Prey (2020), Margot Robbie is not her first interpretation of the character. For his film, James Gunn made sure to keep the evolution of Harley Quinn, although it is not a direct sequel to the previous ones.. This particularly concerns his unhappy history with the Joker, which only really appears in Suicide Squad, interpreted by Jared leto.

In The Suicide Squad, we discover a version of Harley Quinn much more independent compared to men, and who has learned from the failure of his history with the Joker. If she left feathers in this relationship, she knows what mistakes she shouldn’t repeat. In David Ayer’s film, she seemed limited to her relationship with the Joker, without further developing her character. In contrast, Birds of Prey opened the door for an evolution of Harley Quinn, since the film is set after their separation, which allows her to discover who she really is without him in her life..

The Suicide Squad takes this development into account. Harley Quinn realizes that her relationship with the Joker was not healthy, and takes her past into account for the bonds she makes with other men. However, she seems to fall in love with President Silvio Luna (Juan Diego Botto) with whom she begins a romance. Suddenly, she kills him, alerted by his plan to murder children. In this way, James Gunn takes into account the evolution of Harley, who has become much more cautious of his relationships, while also making reference to it, without explicitly mentioning the Joker throughout the film.. It remains to be seen whether Margot Robbie will play the character again within the DCEU.