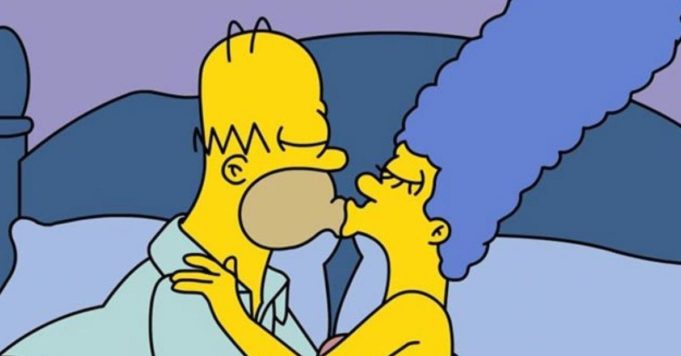 Certainly, the anecdotes about The Simpsons will never cease to amaze us! Here are all the things you didn’t know about Homer and Marge, the show’s star couple.

If we now know why Homer Simpson is bald, don’t think you’ve already discovered all the secrets of this dysfunctional family. Anecdotes about the love affair between Marge and Homer may still surprise you ! While the couple have had their ups and downs in more than 30 years of relationship, that has never stopped them from loving each other from the bottom of their hearts. We leave you without further delay to discover all the little mysteries surrounding their history …

Homer and Marge got to know each other as children, then reunited in high school

If we thought that Marge and Homer had met in high school during a French class (yes, Homer did go to school, we are as surprised as you), but in reality, their paths crossed paths long before that! In the season 15 episode The Way We Were Not, It is revealed that the two residents of Springfield saw each other for the first time during a summer camp and when they were only about ten years old, they exchanged a tender kiss, promising to meet again one day! It’s so cute.

We go from the emotional sequence to the scary sequence … Because yes, if Homer and Marge said yes to the town hall before getting married in church, the father of the family would have sold his soul to his wife, because “that was all he could offer her. “ This revelation was made in one of the episodes of Treehouse of Horror, when Homer summoned the devil to ask him for a donut. At that point, Marge explained that her husband’s soul was already hers!

Their parents went out together

Lots of things can be disturbing in The Simpsons, but that’s why the animated series makes us laugh so much! After meeting over a family meal, Abe Simpson and Marge’s mom just decided to … go out together. This relationship obviously bothered their children a lot, which is why, after entering into a love triangle with Abraham and Mr. Burns, Marge’s mother decided that she ultimately preferred to be alone.

Finally, this revelation is quite sad but ultimately not surprising when we see what has become of the Simpsons family. In fact, Marge and Homer didn’t want children: the mother got pregnant several times and did not want to have an abortion. Homer lived it so badly that he tore his hair out, that’s why he’s bald today. If it is hard to imagine this family without Bart, Lisa and Maggie, Marge and Homer’s first choice in life was not to have children! Before you tell us which anecdote you like the most about Homer and Marge’s relationship, keep voting for your favorite shows from the World Cup Series.