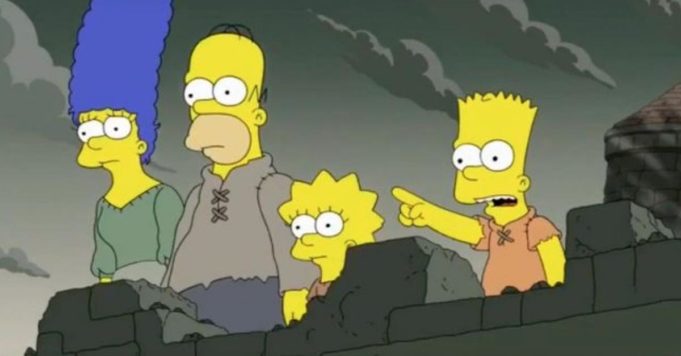 What if the series also predicted Daenerys’ murderous madness in Game of Thrones two years ago?

Definitely! Will this old running gag ever stop? Indeed, the theory that Simpsons are able to predict future events continues to gain followers. It must be said that certain facts are disturbing. So much so that even the showrunner Al jean recently had fun: “What people are telling us now is: ‘Start predicting good things! Because these were too negative“. After the coronavirus epidemic and the invasion of deadly hornets in the USA in 2020, it would seem that Simpsons also predicted another milestone: the massacre of Port-Réal and the Red Keep in the series Game Of Thrones !

Well I be damned they predicted the future again#Game Of Thrones # GOTS8E5 #simpsons #Daenerys pic.twitter.com/7rE9nR2bun

Indeed, on Twitter a surfer named Cuddlemetria shared a screenshot of the first episode “The Serfsons “ of season 29, broadcast in October 2017 (two years before the facts). Above, we see Homer and his family facing a dragon who seems to destroy a whole village with his flames. A scene that strangely brings to mind the terrible massacre initiated by Daenerys in the infamous episode 5 of season 8 of Game Of Thrones. A snapshot that also reminds us of the position of Cersei Lannister witnessing in the distance the fury of the Mother of Dragons. A funny resemblance which immediately unleashed the passions! And for good reason, the photo in question has been retweeted more than a thousand times and liked by more than 3,500 people. However, like all the hypotheses formulated in this sense, it is obvious that the Simpsons have nothing to do with it and that this is all the result of a happy coincidence. As this internet user goes on to point out very well: “It is not a prediction. If you didn’t expect a dragon to burn down a city in Game of Thrones, this is your very first episode “. Not false !