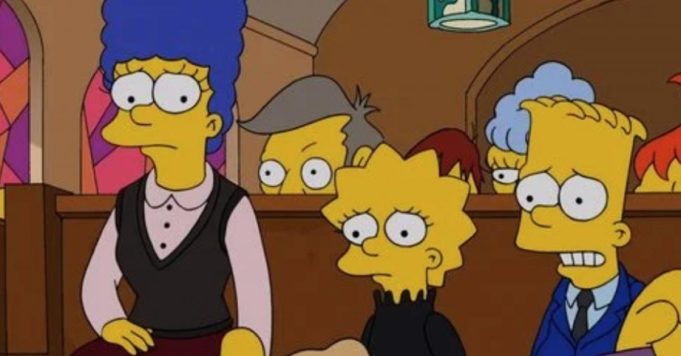 How could The Simpsons series end? Several episodes leave us clues.

If the famous animated series The Simpsons revolves around Springfield’s dysfunctional family members, admittedly the real star of the show is Homer. Lisa and Bart’s father figure has been shown from every possible angle, and proven (or not) in no less than 133 jobs within the Simpson. All of the sitcom’s episodes are independent of each other, which makes you wonder if Matt Groening would change this rule for the series’ ultimates. Because yes, even if nothing is acted for the moment, it is possible that the Simpson live their last years on the small screen. After more than 30 years of good and loyal service, the sitcom seems to be less and less popular with viewers. Provided the creator aims to end the series with a decent ending, what conclusion can we expect? In fact, the episodes are already full of clues!

As we recalled at the beginning of this article, the star of Simpson is Homer, it is also through his gaze that the spectators see the other characters : Bart is the brat of the family, Lisa represents the nerd, Marge is the stereotypical housewife and Maggie is silent because he cannot communicate with her. If the series were to end in a memorable way, it would certainly be via the death of Homer, the main protagonist and the leading face of the Simpson. The character’s personality has evolved a lot over the episodes and years, with Matt Groening making him a much more selfish, dumb, and calculating man than in the past. Coincidentally or not, the creator seems to have copied other competing sitcoms such as South park, American Dad or Family Guy, in which the heroes are cynical beings. Maybe the founder is trying to get viewers to hate the main character, with the goal of killing him once he’s become a better man?

The story could obviously end like this: Homer heroically losing his life after proving himself as a good, selfless man. In any case, this is what many episodes of the series tease, but after all, nothing indicates that the sitcom will end like this. Matt Groening may very well decide to openly reveal that Homer is the eyes, ears, and heart of the show throughout these many years, something to celebrate the end of Simpson in a sober and touching way.