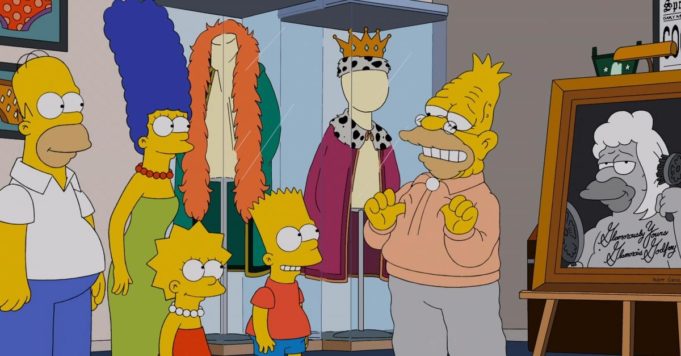 The Simpson Al Jean showrunner has just shared the script for the 700th episode, and for the occasion, a special character will be honored!

So we wonder if after 32 seasons, the series The Simpsons still has a future, the showrunner Al Jean proves us that yes, at least for now! The latter has just shared on his twitter account the script of a new episode, and not just any: the 700th. It’s a record for the series, which is one of the oldest television shows in history! The showrunner explains that the actors are reading the script for this somewhat special episode and that it will be called “Senior Moment”. What to suggest that it will relate to the most famous senior of Springfield, Mr. Abraham Simpson!

As we know, Homer’s father does not have his tongue in his pocket, so we can expect to find replicas of thunder! “I’m sure the episode will be written by Mr. Burns”, enjoys a Twittos. This 700th episode will be broadcast during the 32nd season, expected next year on the American channel FOX. For fans, this post fromAl jean sounds like a goodbye, and for good reason, we do not know if the show will be renewed after this 32nd season. It will surely depend on FOX audiences, as well as public demand … Whatever the fate promised to the series, viewers are always as amazed by the potential predictions of Simpsons !