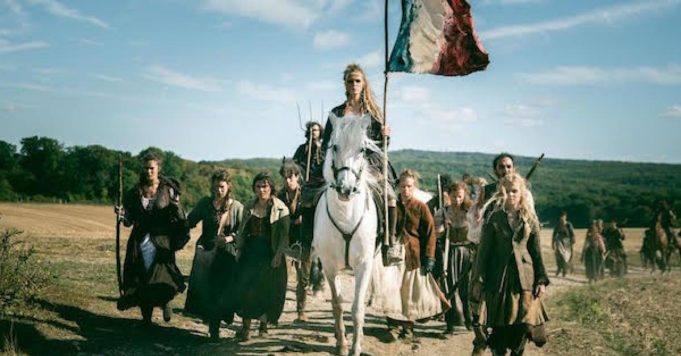 Netflix has just revealed the official trailer as well as the release date of the future French series La Révolution.

After Family Business whose season 2 is currently in full swing on the platform, Netflix has just unveiled the trailer and the release date of his new French creation. It is The revolution, a “blue white red” series that revisits the most famous period in our history, namely the French Revolution. Indeed, this last segmented into eight episodes offers itself the luxury of offering a completely new version as an alternative to this period of great social and political upheavals. The pitch? The series tells the story of Joseph Guillotin (Amir El Kacem), a French doctor and politician known for having adopted the guillotine as the only method of execution during the French Revolution.

While the latter is investigating the strange murder of a young peasant girl, he accidentally discovers the existence of the “blue blood virus”. A strange disease which would push the nobility to kill common people. Available from October 16 on the platform, The revolution was co-written by Aurélien Molas and Gaïa Guasti. A pair already at the initiative of the fantastic miniseries ofArte An island with Laetitia Casta who depicts the myth of the sirens. Regarding the distribution, we will find familiar faces like Dimitri Storoge seen in Valid as well as Laurent Lucas in Revenant, but also new faces like Marilou Aussiloux, Coline Beal, Lionel Erdogan and Gaia Weiss. While waiting to find out more, come vote for your favorite series at the 2020 Series World Cup.