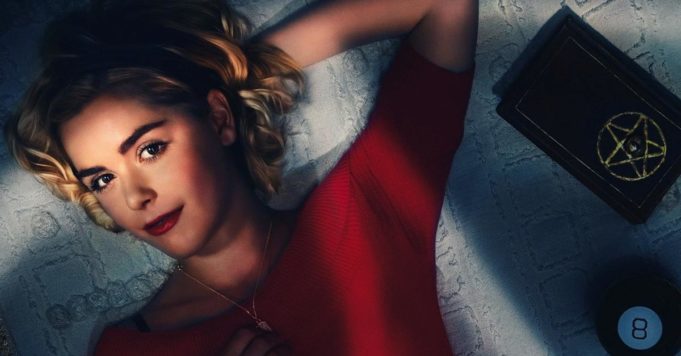 A big blow for all fans of The New Adventures of Sabrina … The showrunner shared a video of the demolition of the Spellman house!

A page has just been turned … It’s a blow for all fans of the Archie Comics universe. Last July, Netflix announced that The New Adventures of Sabrina will end with “Part 4,” which will air later this year. A few days after the announcement that Katy keene had not been renewed for a second season, the news of Sabrina’s end hit fans hard. Moreover, the shooting of this fourth part of New Adventures of Sabrina just ended and showrunner Roberto Aguirre-Sacasa shared a heartbreaking video to mark the occasion. He went to social networks to share a time-lapse video of the demolition of one of the main outdoor sets in the series, the Spellmans’ house!

Prepare yourselves, Coven. This one is brutal. A lot of love and magic went into this witch-house. A lot of memories were made within its walls. A lot of late nights were spent here. With a lot of mosquitoes and a lot of frogs. And a lot of wonderful people all dreaming the same dark dream. (I always picture @kiernanshipka in her special chair, sleeping soundly, with her familiar Frankie guarding her.) Before shooting started, we spent many, many weeks looking for the Spellman house. In the end, our incredible production designer @lieselottesoper said: “I think we need to build it. This has to be as iconic as the Psycho house. ” And that’s what Lisa and her team made. She was there today when they knocked it down. And she saved certain things, including the house’s weathervane. (And maybe the odd wooden frog or two.) We haven’t seen the last of that weathervane. As Zelda says in Part Four: “There is no death for witches. Only transformation. ” The story of the witches of Greendale isn’t over. We still have Part Four, waiting for you, with the Eldritch terrors. And after that … Well, come closer and I’ll tell you a secret … ????????????????????????????? ??? ‍ ???? ‍ ???????? ‍♂️ ???????????????? ‍ ????????

After announcing the cancellation of a series, one of the key moments that marks the end of this story is the demolition of the sets. The showrunner from the New Adventures of Sabrina proved it by sharing this video on his social networks. While the exterior of the mansion is familiar to viewers, it’s not where most of the show’s scenes were actually filmed.. However, it still makes a pang to the heart when seeing these images. To accompany this video, Roberto Aguirre-Sacasa wrote a long moving message of which here are a few lines: “Prepare yourself, Coven. This one is brutal. A lot of love and magic went into this witch’s house. Many memories have been created within its walls. Many late nights have been spent here. With a lot of mosquitoes and a lot of frogs. And a lot of wonderful people all dream of the same dark dream. “. After such a message, there is little chance that The Adventures of Sabrina series will be saved.

While waiting to learn more, don’t forget to vote every day for your favorite show during the 2020 Series World Cup by clicking HERE.