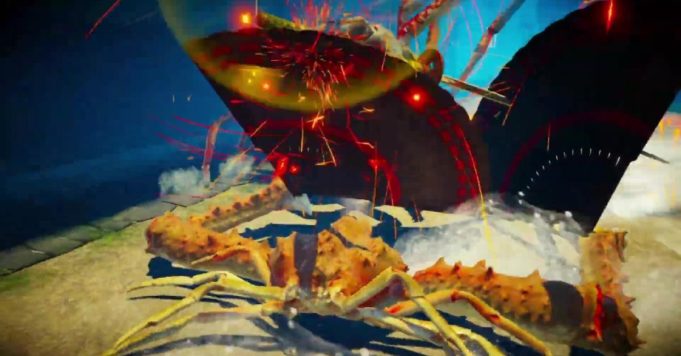 These completely WTF games allow the player to play as crabs, American presidents, ponies or even dinos in frenzied fight sessions. It’s rubbish and we love it!

We live in a world where less and less surprises us. Obviously, with the internet, everyone has access to a whole lot of data that would have remained foreign to us for a long time. And for a player, it is even more obvious: for more than 40 years that the industry has existed, it is difficult to find something original in the video game landscape. This is precisely why we decided to tell you about these most WTF fighting games: to surprise you, to show you that sometimes, even if you think you’ve seen it all, you haven’t actually seen anything yet. The proof.

Have you always wanted to know which is the best religion? That’s a bit of an absurd question, isn’t it? Yet that’s what Fight of Gods tries to answer. In this game, you can literally face Boudha, Anubis, Zeus or even Santa Claus (he has a religion dedicated to him now?) As good old Jesus Christ.. It’s nonsense, but we love the idea.

Finally, in the world we know today, seeing two crabs fight each other, that can potentially not surprise anyone anymore. On the other hand, seeing two crabs the size of 5 cars put on top of each other fight with katanas, guns or chainsaws, that’s immediately a little more surprising.. Fight Crab isn’t a very good game, but it does have a knack for having a good time, like having a good time in front of a chick.

We’re not going to lie to each other: there was a time when talking about dinosaurs was fashionable. Particularly in the 90s, with the Jurassic Park films. And inevitably, it had to follow in video games. We saw plenty of them: FPS, platformers, 2D or 3D … But what we did not expect to see is a 1v1 fighting game between dinosaurs more aggressive than ever. It’s clearly not the game of the decade, but it has a knack for coming up with something different …

Finally, who was the best president in US history? It may seem impossible to answer this question, so they decided to fix the problem on their own, with their fists. Battle for Presidency allows the player to embody versions on steroids of many presidents in American history, such as Washington, Obama or George W Bush, in order to finally find out who was the best.

My Little Pony, everyone pretends they don’t know, but we all ran into an episode. It is not necessarily the most aggressive series there is, you will agree. So the very idea of ​​offering a My Little Pony fighting game, completely absurd, seems to us quite simply brilliant.. And the worst in history, is that from a technical and gameplay point of view, it is even rather successful!