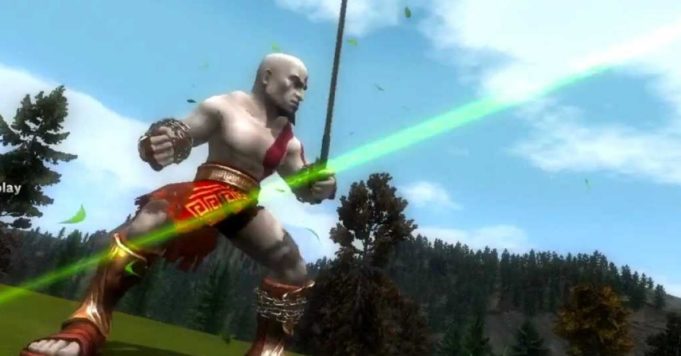 These characters have made appearances in games that do not match their universe at all, nor their identity. But that’s what makes the magic of video games: unpredictability!

The crossover is nothing new. We have seen it in the cinema recently: it can even make it possible to sell like never before, when it is carried out smoothly, and especially when it manages to remain consistent with the narration. In video games, things can get a little wilder: you can actually witness crossovers that no one could have ever guessed, simply because the two colliding worlds have absolutely nothing to do with it.. And yet, it has already happened, proof is …

Who expects to see a battlemaster, demigod and someone literally responsible for the deaths of hundreds of people (including gods unlucky enough to cross his path), calmly play a round of 18-hole golf? Yet that’s exactly what happens in Everybody’s Golf World Tour, which sees Kratos from God of War in 2008.

For those who have never played Dead Space, Isaac Clarke is the main character embodied in the famous horror / science fiction game. And after all, we have mostly seen him in a survival situation, on the verge of being eaten by aliens, but what does he do in his everyday life? Obviously, a little skate! We have the opportunity to play him in Skate 3, which certainly corresponds to one of the most bizarre crossovers in history.

Monster Hunter is a regular series of crossovers. We were recently entitled to Monster Hunter World which was able to offer Devil May Cry, Final Fantasy or The Witcher events. But it is rarer for the license to appear in other games. Yet it has happened before, and in one completely wacky case: MGS Peace Walker offered a few missions in which Snake faced off against some completely spooky dinos during a special event for the crossover.

We know that Mario can do just about anything. But frankly, we still did not expect to see him land, him and his whole gang, in sports games that still look more realistic and less cartoonish (even if they are quite fantastic from the point of view gameplay: NBA Street V3 and SSX On Tour on Gamecube. An appearance that makes no sense, but that we adore all the same.

What would happen if Bowser lived in our world? It seems that on one occasion, the famous villain of the Mario universe got lost in a universe that does not correspond to him, since he appears in the very first SimCity, and in particular in its NES version released in 1989. Bowser simply plays a monster that destroys everything in its path. Not very original, the guy!