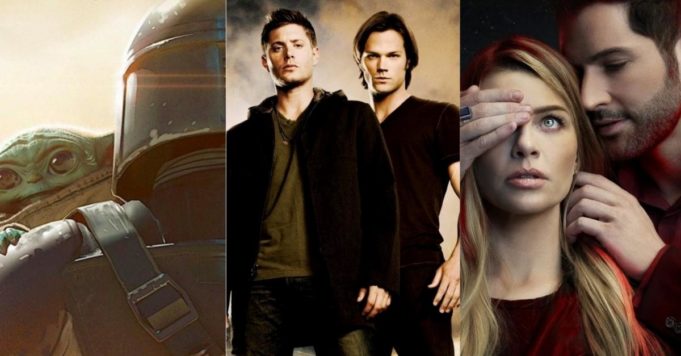 One badass character is good, but two is even better!

The 2020 World Cup continues and you can go vote every day right here for all your favorite shows until just one is left. And while waiting to know which will take the next step, we come back to some characters who had a particularly cool dynamic together. Do not hesitate to share your favorite duets with us in the comments and watch out for possible spoilers;)

Okay okay, we don’t know if the word “badass” is the most appropriate to describe Baby Yoda, but we can’t talk about the best duets of the season without talking about Mando and Baby Yoda. With a first season as surprising as it is endearing, The Mandalorian has won over thousands of fans on Disney + and it is largely to one of the cutest characters on the small screen: Baby Yoda. Although it took a little while to take part in the fights, we saw him in action and we know that with Mando, they make a terrific team.

Season 7 of The 100 – which is also the last – continues to abuse the characters, but it also revealed a whole new side of Octavia. Thanks to her arrival on Skyring and the birth of Diyoza’s daughter, Hope, Octavia was able to let her maternal instincts express itself until she became a true role model for Hope. But it was when they reunited after Hope had aged several years that a true badass duo formed.. Duo that we can not wait to find in the next episodes …

supernatural is about to bow out – once the broadcast of season 15, delayed like many due to the coronavirus, resumes. But it is not only to pay tribute to him that we talk about the duo formed by the Winchester brothers. This is mainly because, for 15 seasons, Sam and Dean were able to team up and overcome all the obstacles that came their way despite countless difficulties. An iconic duo that will clearly go down in history.

Season 5 has just arrived on Netflix and we have no doubt that a lot of fans have already put on the 8 episodes and will have to wait a long time before discovering the sequel. Good news for them, Lucifer and Chloe easily fit into our list of the badass duets of the season, and it’s not only thanks to their very hooked atoms.

We make a small exception to mention Althea and Isabelle who, although they have only been together in one episode of season 5 of Fear The Walking Dead, nevertheless stood out. The two young women started with mistrust before having to be forced to cooperate and it was finally on a feeling of love that they parted. A very ephemeral duo but that we clearly hope to find in the rest of the series.

The little duo were a little less badass together in season 2 than in the first season, but we can not oust them so far, especially when we know that they are a duo again and especially a possible couple at the end. from season 2. Alyssa and James may have their character, but they have clearly shown us that together they work best. and for that, they are part of our list of the most badass duos of the season.