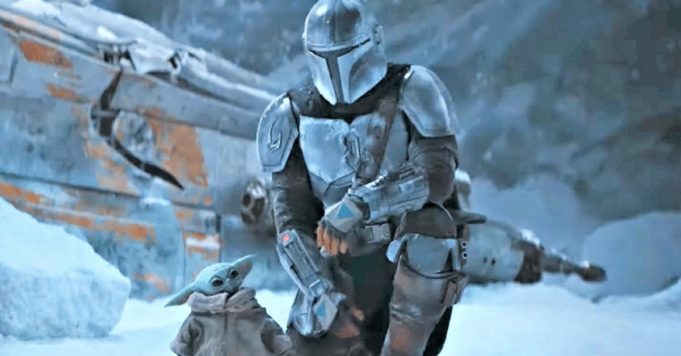 The trailer for The Mandalorian season 2 makes the link with a major reference in the Star Wars saga!

Since yesterday, it is the excitement among the starwarsians! The reason ? Disney + has just unveiled the very first trailer for The Mandalorian season 2. The successful series that will make its comeback on the platform on October 30 is eagerly awaited. Indeed, many fans are waiting for this new burst of episodes to finally know the truth about the identity of Baby Yoda. A revelation that should take place very soon if we take a closer look at the trailer. And for good reason, in this second season, Din Djarin will continue his journey across the galaxy to help the Child return to his family.. A tortuous journey which will not be without hindrance and which could well lead (to see the images) the Mandalorian on a planet well known to the Jedi world, the planet Ilum.

Indeed, several scenes present in the trailer make us think of the old Jedi world called Ilum. It is a planet lost on the edge of the galaxy, completely covered in snow and considered hostile, freezing and inhospitable due to its weather. Its only positive point? It is also very rich in Kyber crystals (the one used to build a lightsaber). This is why the Jedi have long considered this planet a sacred site, even setting up a Jedi temple there to protect the Kyber deposits.. In an episode of The clone wars, we can also see Yoda taking several padawans on Ilum to perform the ritual of “Gathering” which consists of creating their own lightsaber, as a rite of passage.

However, if Mando ends up landing on Ilum as the trailer suggests, this visit might turn out to be more unpleasant than you expected. And for good reason, even if the planet has long been a key to the Jedi Order, the latter then fell into disuse before arriving in the hands of the Emperor. Indeed, according to Star Wars: The Rise of Skywalker Visual Dictionary, Shortly after taking power the Emperor on Ilum began converting the planet into a weapon of mass destruction called Starkiller Base. A titanic and kept secret project that allowed the First Order to join forces in the shadows. If Jon Favreau has always claimed that the series will explore the origin of the First Order, it is certain that a visit to Ilum would therefore allow this promise to be kept. We can already imagine Baby Yoda and Mando unwittingly discovering the new weapon of imperial power hidden in these unknown regions. What do you think ? While waiting to find out more, come vote for your favorite series at the 2020 Series World Cup.