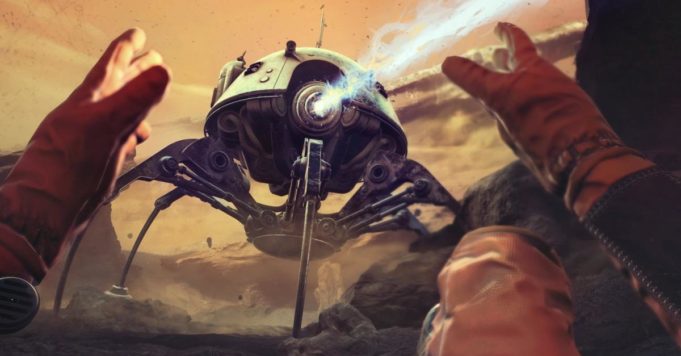 A new, rather ambitious sci-fi title is on the way for PC and next-gen. We present to you The Invicible, a game created on Unreal Engine by veterans of the video game industry.

Within the studio Starward Industries, we find a handful of developers who have worked on The Witcher 3, Dying Light or even on the most recent Cyberpunk 2077. Since 2018, the team has been working on a brand new science fiction project called The Invicible, based on the eponymous work by Stanisław Lem from 1964. The player will be responsible for finding the trace of the missing members of a crew on the planet of Regis III. In an atompunk aesthetic, the universe of the game will take place where the digital revolution never takes place, and where the cold war never ended. Your survival instincts and advanced space gear will be assets in these hostile lands.

Starward Industries CEO Marek Markuszewski said: “The studio believes in the power of interactive storytelling and wants to inspire players of all skill levels to make their own way in the special world of a distant and malicious planet.”. He also promises us “a fascinating setting, an iconic story and non-linear gameplay “, in the company of drones and autonomous robots who will be your allies, or your enemies. The Invicible will be available in 2021 on PC, PS5 and Xbox Series. While waiting for new information and why not a trailer, you can already consult his page Steam.

For more next-gen news, Sony denies the rumor that the company is experiencing production problems with the PS5. And we have a Sony Sony WF-1000XM3 Good Deal: -40% discount on the best headphones with active noise reduction.