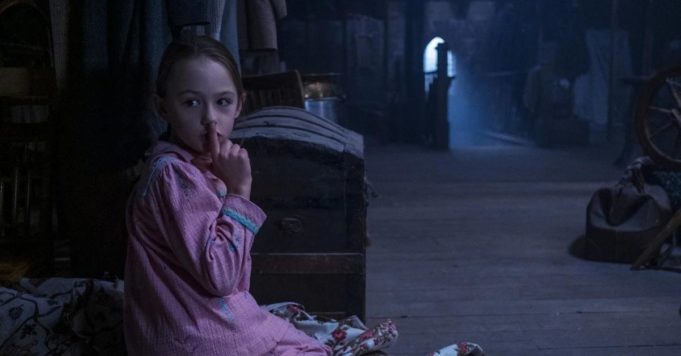 A few images of The Haunting of Bly Manor were enough to raise our impatience! The Haunting of Hill House, both critical and public success for Netflix of 2018, had been a clever mix of horror and family drama and it would appear that this second season uses this same recipe. Even if, Mike Flanagan, the creator and director of the first episodes, recalls that the series comes in the form of an anthology and that the first ten chapters of the series were a story in their own right. And if The Haunting of Bly Manor will address a whole different plot, several actors of the first season will be in the credits of this sequel. A sequel that will also answer one of the biggest unanswered mysteries of The Haunting of Hill House.

In an interview given to Vanity Fair, Mike Flanagan revealed that the next episodes will go unveiling the presence of the ghosts that were hiding in the haunted house from season one and often appearing in the background. “This season we wanted our hidden elements to tell their own story “he says”And unlike the first season, they’re going to have an explanation. At the end of these new episodes, you will know who they have and why they are there “Good news for all fans of the series who have had fun counting these hidden spirits (there are 33 of them) without really finding a reason for their appearance. And if no specific release date has been announced by Netflix, we know that The Haunting Of Bly Manor will be available from fall 2020.

The 2020 Series World Cup edition has started! So vote for your favorite series to allow it to reach the final and why not, make it win the competition!