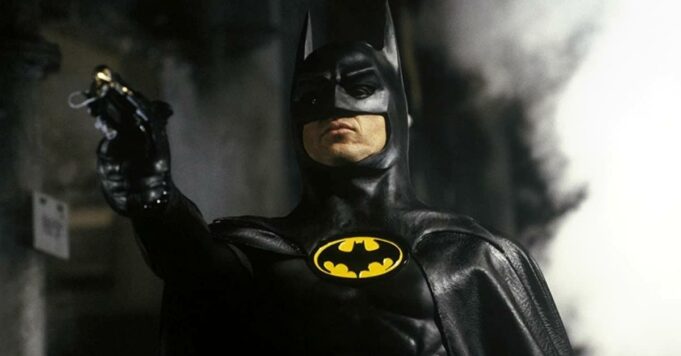 Actor Michael Keaton has discussed his return to the DC Comics Cinematic Universe as his flagship character, Batman.

To the delight of Batman fans, Michael Keaton will reprise the role of Bruce Wayne in the film The Flash alongside Barry Allen played by Ezra Miller. The actor has already been seen on the set several times, and his place in the plot would be far from anecdotal. A return which promises to be grandiose, and which remains above all very unexpected. The introduction of Barry Allen’s character made it obvious the multiverse’s arrival in the DCEU, but the return of such an iconic version of the Dark Knight was a nice surprise. Currently promoting his next film The Protege, Michael Keaton opened up about his reunion with Batman, revealing his feelings and some details about The Flash. As you might expect, the feature film should make some callbacks to the universe of Batman (1989).

“It was oddly and ironically easy. A little touching. A lot of memories came back to the surface. Without saying too much, which I am not allowed to do, the foreground, not of the whole movie but we will to say of the introduction to Batman, is so good that when we were discussing the different shots and angles I was like ‘woah, this is huge, this is awesome.’ I’m not even talking about myself, the imagery is just great. In a way, it’s reminiscent of Tim Burton. “ he said in an interview with the media Collider. The question that we continue to ask ourselves and whose answer will undoubtedly be revealed at the end of the film, this is if it will be the unique appearance of Michael Keaton in the DCEU, or if he could ultimately replace Ben Affleck’s Batman. The plans for Warner Bros. are indeed not very clear, so you have to be patient, as usual. The latest rumor about the plot of The Flash evokes the introduction of an evil version of Barry Allen.