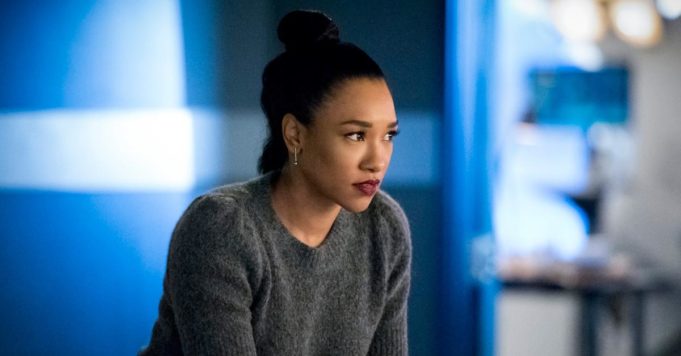 The Season Finale of season 6 of The Flash ended with a hell of a cliffhanger. Is it possible that Iris has powers in season 7?

Iris West-Allen spent the second half of Season 6 of The Flash trapped in a mirror universe. The main big bad after “Crisis on Infinite Earths” was Dr. Eva McCulloch, a scientist who found herself trapped in a parallel dimension on the night of the STAR Labs particle accelerator explosion. Iris found herself trapped in the same dimension after researching her husband Carver. If she thought she could trust Eva, the only other person in the Mirrorverse, she quickly became disillusioned. She was finally manipulated by the latter and remained stuck in this mirror. But after this experience, is it possible that Iris has any powers in this season 7 of The Flash ?

The Season Finale of season 6 of The Flash saw Iris West-Allen disappear in a flash of light, as she prepared to try to find a way out of the Mirror Universe. No one knows where she was sent … Some fans have speculated that Iris would develop a connection with the Mirror Universe, as Eva McCulloch did, and that she would have emerged with the same powers. This would have allowed him to fight on a level playing field against Mirror Mistress in the original Season 6 finale. Moreover, a detail comes to reinforce this theory. On the official poster unveiled by the CW for this season 7 of The Flash, Iris is in the foreground with a broken mirror behind her, as if the latter brought her a particular strength … This poster could therefore teaser powers for Iris, which would not displease the fans!