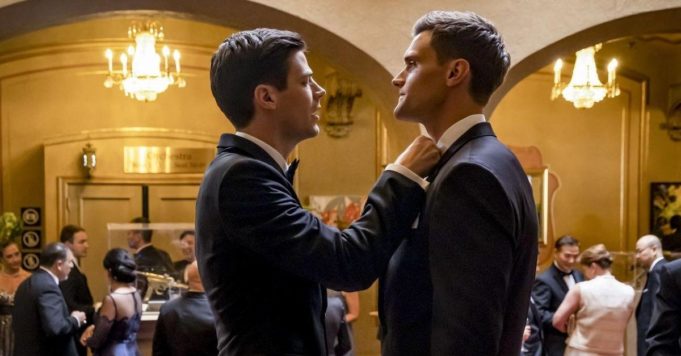 After the dismissal of Hartley Sawyer, another actor could take his place in season 7 of The Flash. Here are three names that could cheer us up!

The news was like a bomb. Last week, The Flash showrunner shared a press release to explain the reasons that led to the dismissal of Hartley Sawyer. The actor lent his features to Ralph Dibny aka Elongated Man since season 4. Initially great rival to Barry, he has evolved over the years to become an emblematic character of the Flash team. In addition, Sue landed in season 6 of The Flash and his romance with Ralph was to be explored in season 7. Unfortunately, the future of this character remains more than uncertain … Will the writers decide to kill Ralph? Could Elongated Man take on another appearance …? Many questions remain unanswered but it is possible that another actor is recast to interpret this member of the Flash team and here are three names that we would like!

The star of Tea Vampire Diaries, Paul Wesley, may well be suitable for Ralph Dibny. As a follower of the CW, he is already known by the network. In addition, he recently directed an episode of Batwoman, which means he already has connections to Arrowverse. By the way, now that his series Tell me a story has been canceled, it would be a good way for him to get back on the small screen!

Brett Didier is best known for his role as Michael in the series Jane The Virgin. It must be recognized that the actor shares a look similar to that of Ralph Dibny. There is already a recognizable face in the circles of the CW, on which The Flash and the rest of the Arrowverse are currently thriving. Brett Didier could be a wise choice!

Even if his name is not familiar to you, James Austin Kerr has a nice CV. He has landed many roles in series and the fact that his face does not refer to any iconic character could be to his advantage. Having played as a member of the commandos in Agent Carter, he is no stranger to the action of comic book adaptations. Given that – and the fact that the actor shares a look similar to Hartley Sawyer – Jame Austin Kerr could easily slip into Elongated Man’s superhero costume.